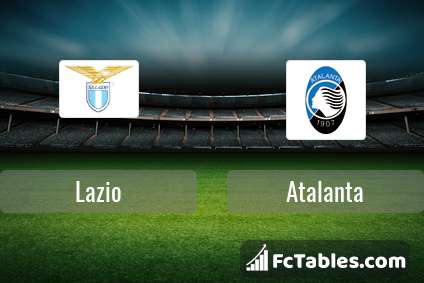 Kick off Lazio-Atalanta in Serie A on today 13:00. Referee in the match will be Gianpaolo Calvarese.

In Lazio not occur in the match due to injury: Patric, Jordan Lukaku, Valon Berisha, Sergej Milinkovic-Savic, Stefan Daniel Radu.

Players Senad Lulic will not be able to play in the match because of suspension (cards, etc.)

Team Atalanta is at the top place in the table (4 place). Atalanta in 5 last matches (league + cup) have collected11 points. From 9 matches no lost a match. Players Atalanta in Serie A with the highest number of goals: Duvan Zapata 21 goals, Josip Ilicic 11 goals, Alejandro Daro Gomez 6 goals. Players Duvan Zapata 7 assists, Josip Ilicic 7 assists, Alejandro Daro Gomez 9 assists will have to be very well guarded by defenders Lazio, because they have the most assists. 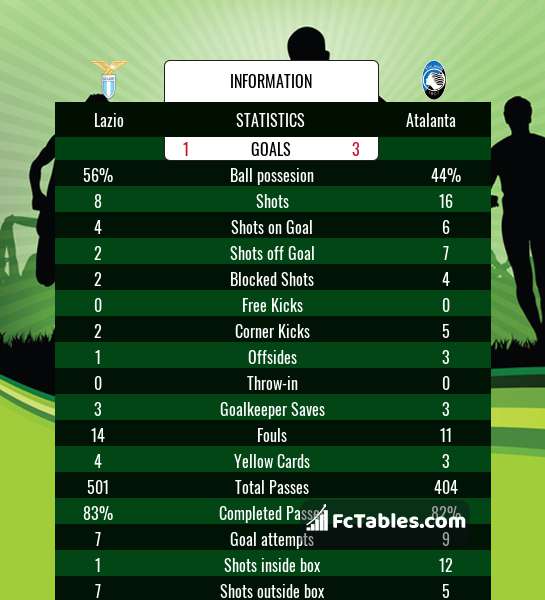