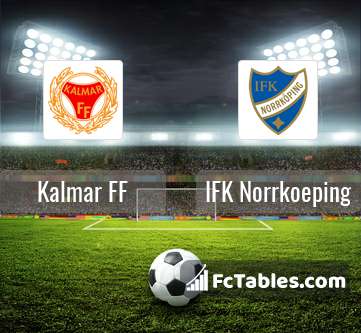 Team Kalmar FF currently is on lower place in table (13 position). Form team looks like this: In the last 5 matches (league + cup) gain 1 points. The best players Kalmar FF in Allsvenskan, who scored the most goals for the club: Nils Froeling 1 goals. Most goals developed: , Emin Nouri 1 assists.

Team IFK Norrkoeping is in the releagtion zone of the table. 14 position. In 5 last games (league + cup) IFK Norrkoeping get 1 points. Leading players IFK Norrkoeping in Allsvenskan is: Jordan Larsson 1 goals. Most assists in the club have: , Filip Dagerstaal 1 assists.