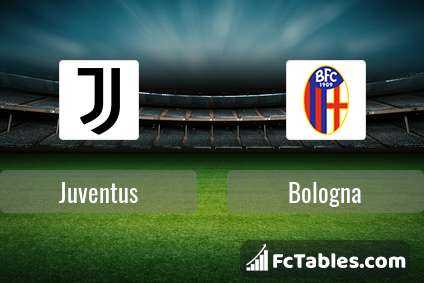 The match Juventus-Bologna Serie A will start today 11:30. Referee in the match will be Jean Luca Sacchi.

Team Juventus is located in the middle of the table. (6 place). In 5 last matches (league + cup) team gain 9 points. at home from 2 matches team have not been defeated. The best players Juventus in Serie A, who scored the most goals for the club: Cristiano Ronaldo 15 goals, Alvaro Morata 4 goals, Federico Chiesa 4 goals. Players with the most assists: Cristiano Ronaldo 1 assists, Alvaro Morata 3 assists, Federico Chiesa 3 assists.

Team Bologna is located in the middle of the table. (13 place). Form team looks like this: In the last 5 matches (league + cup) gain 6 points. Bologna from 5 matches away can not beat any rival. Players Bologna in Serie A with the highest number of goals: Roberto Soriano 6 goals, Riccardo Orsolini 3 goals, Musa Barrow 3 goals. Most assists in the club have: Roberto Soriano 4 assists, Riccardo Orsolini 3 assists, Musa Barrow 3 assists.

Direct matches: usually ended with winning of Juventus. Balace of both teams games are: 29 won Juventus, 1 wins Bologna, 8 draws. In 17 matches the sum of the goals both teams was greater than 2.5 (Over 2.5). On the other hand, 29 matches teams scored more than 1.5 goals (Over 1.5). In 19 matches the both teams have shot at least one goal. 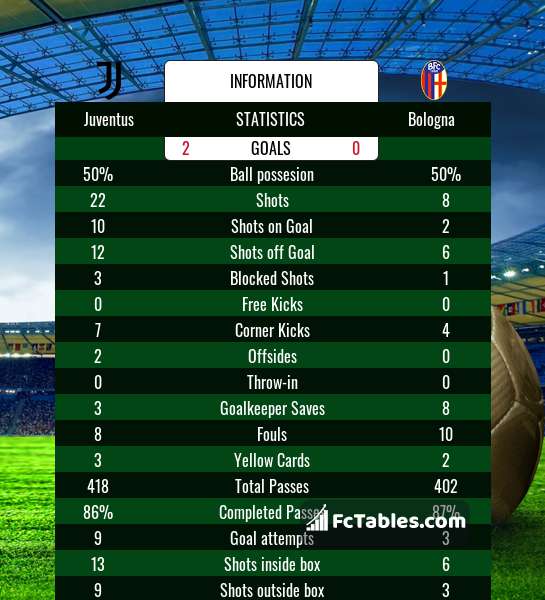 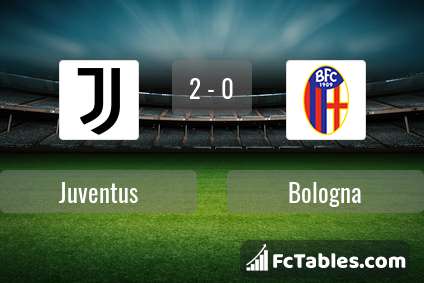 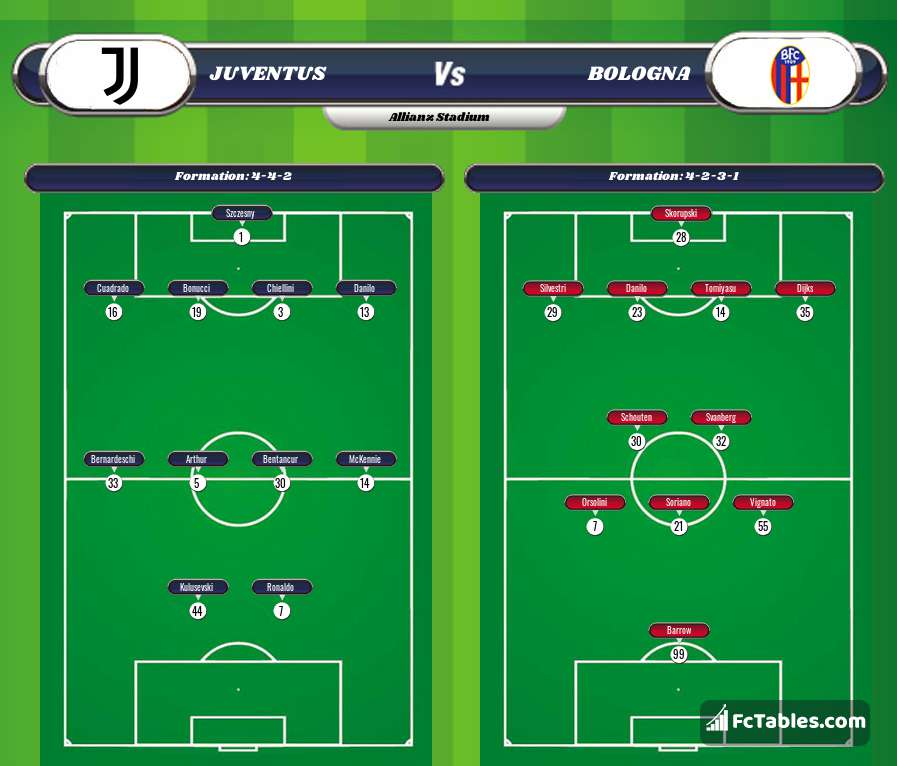