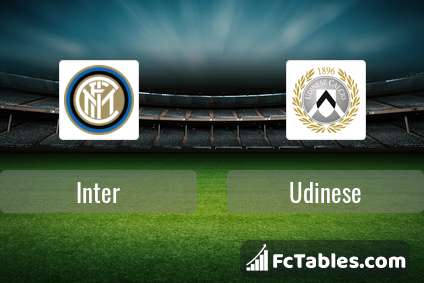 The match Inter-Udinese Serie A will start today 13:00. Referee in the match will be Manuel Volpi.

Team Inter is at the top place in the table (1 place). In 5 last games (league + cup) Inter get 12 points. Not lost the match at home from 16 games. In this season games Serie A the most goals scored players: Romelu Lukaku 23 goals, Lautaro Martinez 16 goals, Achraf Hakimi 7 goals. They will have to be well guarded by defense Udinese. Most assists in the club have: Romelu Lukaku 10 assists, Lautaro Martinez 4 assists, Achraf Hakimi 8 assists.

Players Matteo Darmian, Marcelo Brozovic will not be able to play in the match because of suspension (cards, etc.) 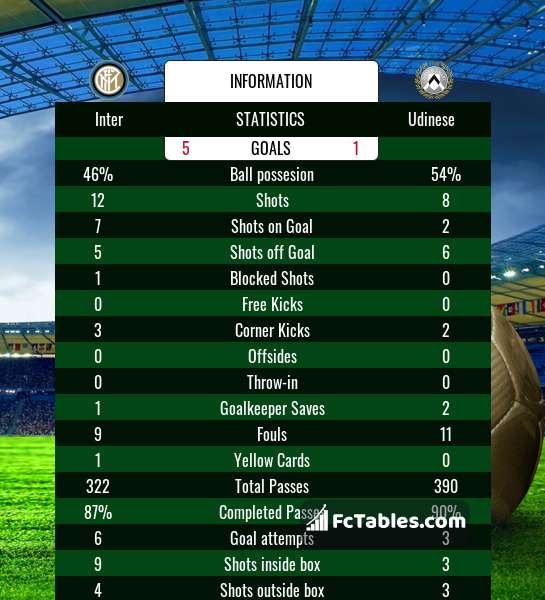 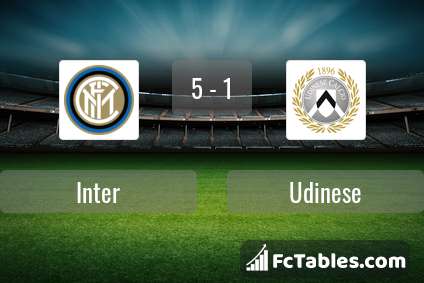 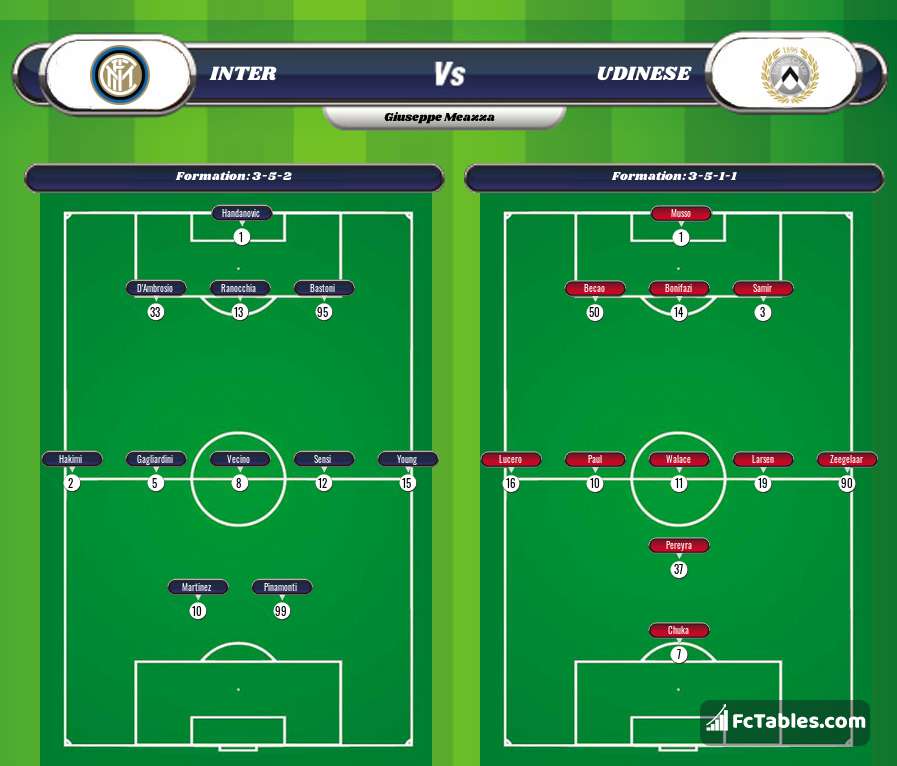