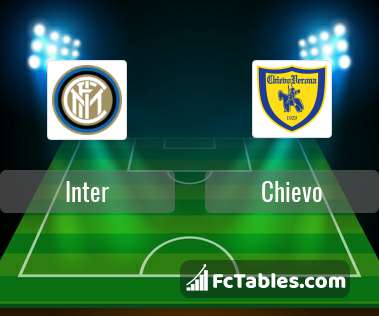 The match Inter-Chievo Serie A will start today 19:00. Referee in the match will be Paolo Valeri.

Team Inter is at the top place in the table (4 place). In 5 last games (league + cup) Inter get 7 points. From 4 matches at home can't win a match. Not lost the match from 6 games. In this season games Serie A the most goals scored players: Mauro Icardi 10 goals, Ivan Perisic 7 goals, Lautaro Martinez 6 goals. They will have to be well guarded by defense Chievo. Most assists in the club have: Mauro Icardi 4 assists, Ivan Perisic 4 assists, Lautaro Martinez 2 assists.

Players Danilo D'Ambrosio, Marcelo Brozovic will not be able to play in the match because of suspension (cards, etc.)

Team Chievo is in the releagtion zone of the table. 20 position. Chievo in 5 last matches (league + cup) have collected4 points. Chievo did not win the match from 2 games. Leading players Chievo in Serie A is: Mariusz Stepinski 6 goals, Sergio Pellissier 4 goals, Emanuele Giaccherini 3 goals. Players Mariusz Stepinski 2 assists, Sergio Pellissier 1 assists, Emanuele Giaccherini 1 assists will have to be very well guarded by defenders Inter, because they have the most assists. 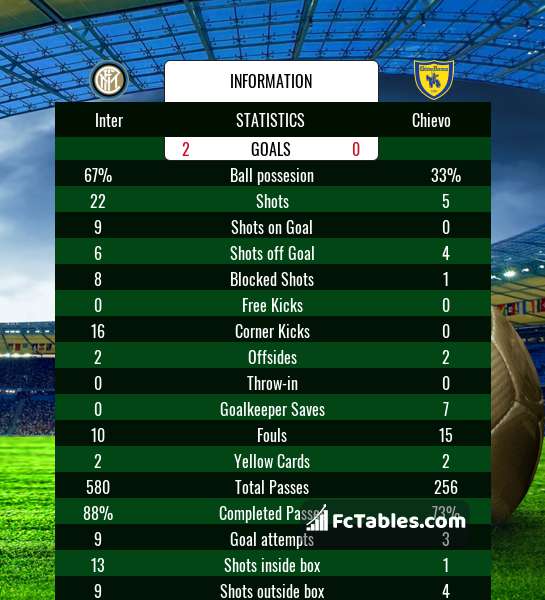 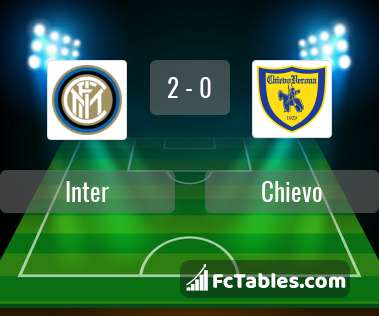