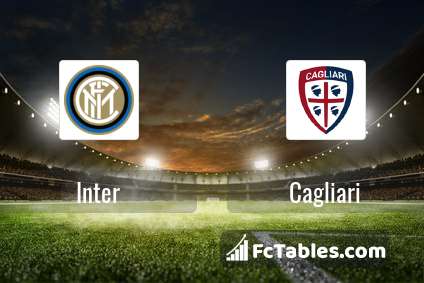 The match Inter-Cagliari Serie A will start today 10:30. Referee in the match will be Luca Pairetto.

Team Inter is at the top place in the table (1 place). In 5 last games (league + cup) Inter get 15 points. Not lost the match from 13 games. In this season games Serie A the most goals scored players: Romelu Lukaku 21 goals, Lautaro Martinez 15 goals, Achraf Hakimi 6 goals. They will have to be well guarded by defense Cagliari. Most assists in the club have: Romelu Lukaku 8 assists, Lautaro Martinez 4 assists, Achraf Hakimi 4 assists.

Team Cagliari is in the releagtion zone of the table. 18 position. In 5 last games (league + cup) Cagliari get 4 points. Cagliari from 4 matches can not beat any rival. Players Cagliari in Serie A with the highest number of goals: Joao Pedro Galvao 13 goals, Giovanni Simeone 6 goals, Charalambos Lykogiannis 2 goals. Most assists in the club have: Joao Pedro Galvao 2 assists, Giovanni Simeone 1 assists, Charalambos Lykogiannis 3 assists.

Direct matches: usually ended with winning of Inter. Balace of both teams games are: 23 won Inter, 6 wins Cagliari, 10 draws. In 25 matches the sum of the goals both teams was greater than 2.5 (Over 2.5). On the other hand, 36 matches teams scored more than 1.5 goals (Over 1.5). In 28 matches the both teams have shot at least one goal. 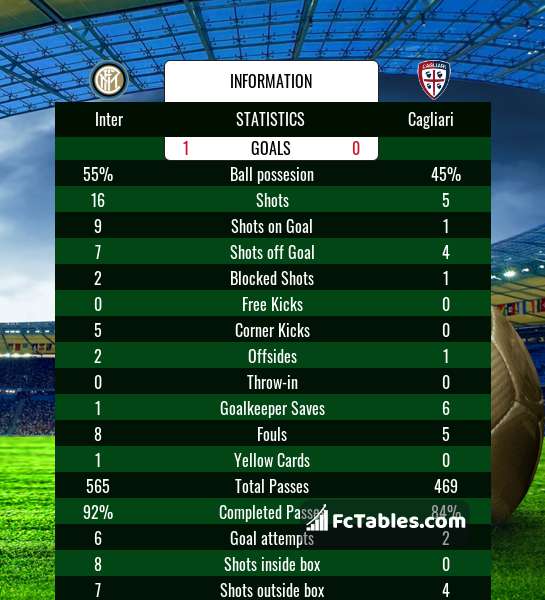 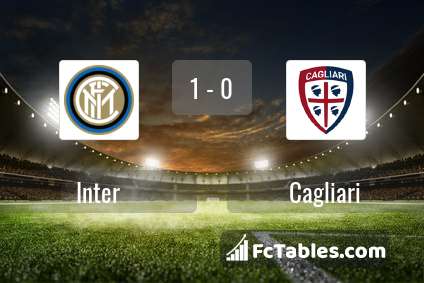 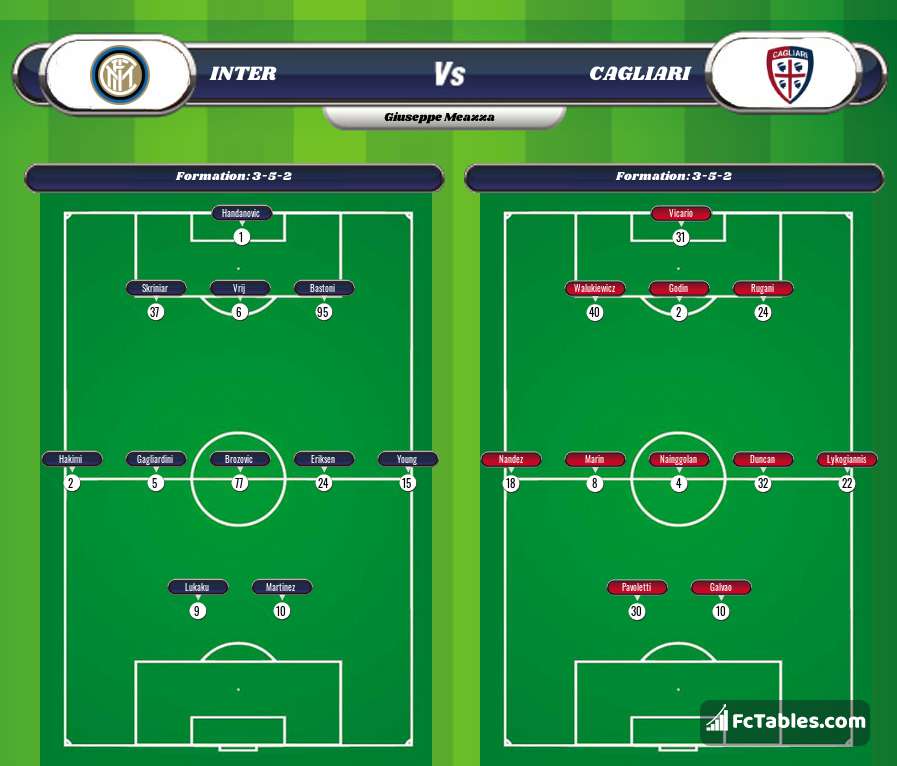