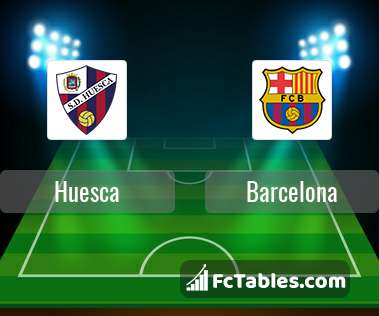 In Huesca not occur in the match due to injury: Carlos Akapo, Luisinho, Pablo Insua.

Team Barcelona is at the top place in the table (1 place). In 5 last matches (league + cup) team gain 13 points. Barcelona has not been defeated from 19 matches. To defend Huesca the most demanding players will be Lionel Messi 33 goals, Luis Suarez 20 goals, Ousmane Dembele 8 goals, because this season they scored the most goals for Barcelona of the entire composition. Most goals developed: Lionel Messi 12 assists, Luis Suarez 6 assists, Ousmane Dembele 4 assists.

The match will not occur Gerard Pique, Luis Suarez because they are suspended (cards, etc.). 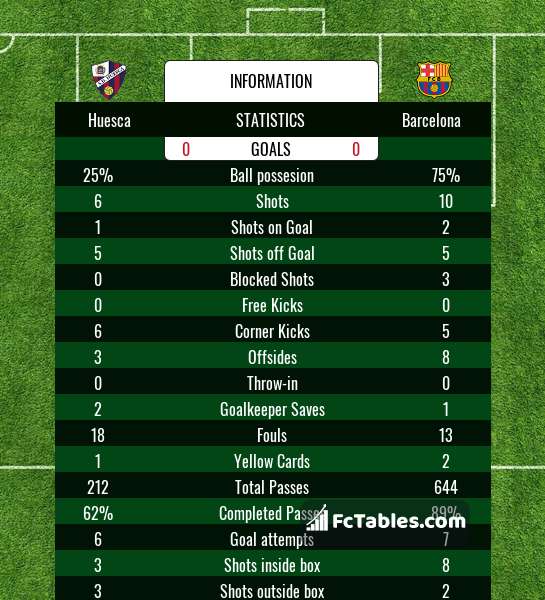 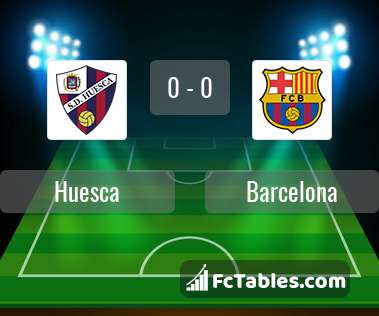