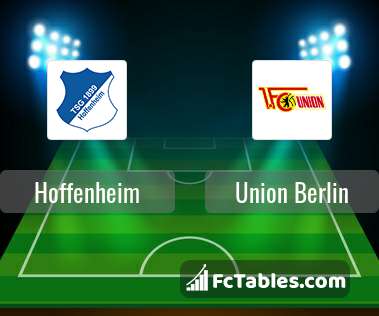 The match Hoffenheim-Union Berlin 1. Bundesliga will start today 19:30. Referee in the match will be Robert Hartmann.

Team Hoffenheim is located in the middle of the table. (11 place). In 5 last matches (league + cup) team gain 7 points. Hoffenheim from 3 matches can not beat any rival. To defend Union Berlin the most demanding players will be Andrej Kramaric 6 goals, Dennis Geiger 1 goals, Ermin Bicakcic 1 goals, because this season they scored the most goals for Hoffenheim of the entire composition. Most goals developed: , Dennis Geiger 1 assists.

Team Union Berlin is located in the middle of the table. (12 place). In 5 last matches (league + cup) team gain 6 points. Union Berlin did not win the match from 2 games. From 4 matches no lost a match. Leading players Union Berlin in 1. Bundesliga is: Marvin Friedrich 2 goals, Marcus Ingvartsen 1 goals, Max Kruse 1 goals. Players , Marcus Ingvartsen 1 assists, Max Kruse 1 assists will have to be very well guarded by defenders Hoffenheim, because they have the most assists.

In Union Berlin not occur in the match due to injury: Nico Schlotterbeck, Anthony Ujah, Grischa Proemel. 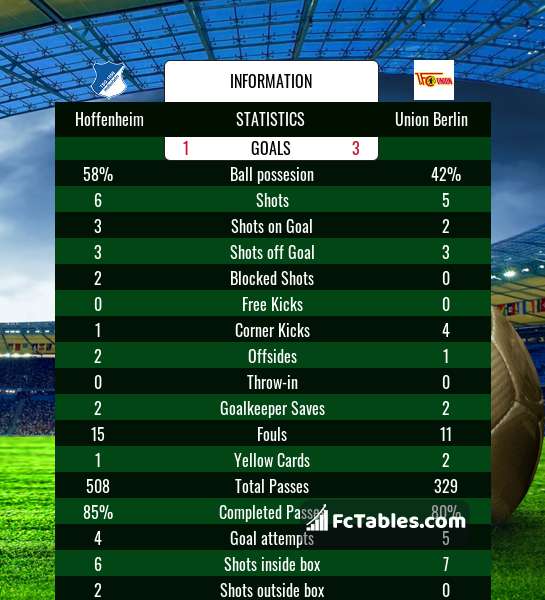 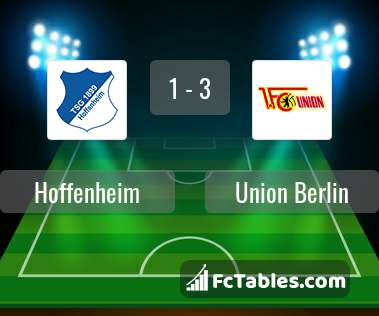