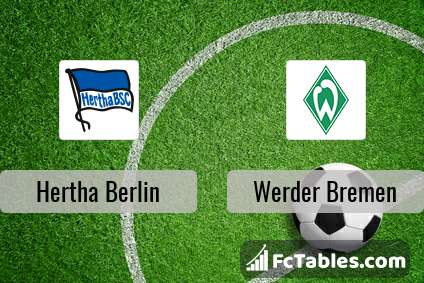 Team Hertha Berlin is located in the middle of the table. (9 place). In 5 last games (league + cup) Hertha Berlin get 7 points. From 3 matches at home can't win a match. In this season games 1. Bundesliga the most goals scored players: Ondrej Duda 10 goals, Vedad Ibisevic 8 goals, Salomon Kalou 3 goals. They will have to be well guarded by defense Werder Bremen. Most assists in the club have: Ondrej Duda 2 assists, Vedad Ibisevic 2 assists, Salomon Kalou 1 assists.

Team Werder Bremen is located in the middle of the table. (10 place). Form team looks like this: In the last 5 matches (league + cup) gain 8 points. From 4 matches no lost a match. Leading players Werder Bremen in 1. Bundesliga is: Maximilian Eggestein 5 goals, Max Kruse 4 goals, Milot Rashica 4 goals. Players , Max Kruse 4 assists, Milot Rashica 1 assists will have to be very well guarded by defenders Hertha Berlin, because they have the most assists.

In Werder Bremen not occur in the match due to injury: Yuya Osako, Martin Harnik, Aron Johannsson, Fin Bartels. 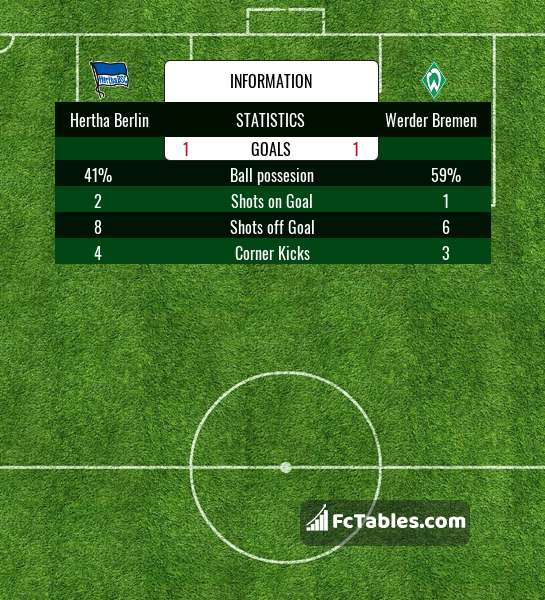 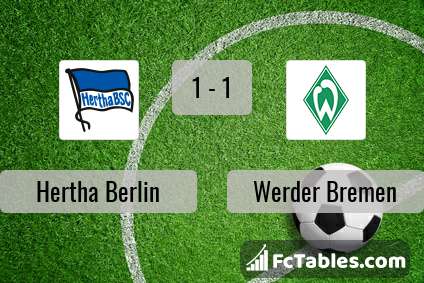