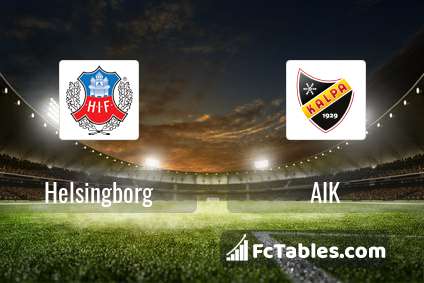 Kick off Helsingborg-AIK in Allsvenskan on today 12:30. Referee in the match will be .

Team Helsingborg is in the releagtion zone of the table. 16 position. In 5 last games (league + cup) Helsingborg get 2 points. Leading players Helsingborg in Allsvenskan is: Max Svensson 1 goals, Armin Gigovic 1 goals. Most assists in the club have: , Anthony van den Hurk 1 assists.