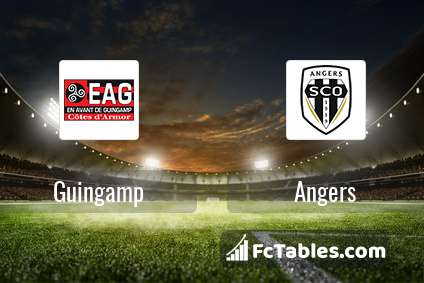 The match Guingamp-Angers Ligue 1 will start today 19:00. Referee in the match will be Jerome Miguelgorry.

Team Guingamp is in the releagtion zone of the table. 20 position. Form team looks like this: In the last 5 matches (league + cup) gain 1 points. Guingamp did not win the match from 5 games. Leading players Guingamp in Ligue 1 is: Marcus Thuram 7 goals, Nicolas Benezet 3 goals, Nolan Roux 2 goals. Players Marcus Thuram 1 assists, Nicolas Benezet 1 assists will have to be very well guarded by defenders Angers, because they have the most assists.

In Guingamp not occur in the match due to injury: Yeni N'Gbakoto, Christophe Kerbrat.

Team Angers is located in the middle of the table. (12 place). In 5 last matches (league + cup) team gain 10 points. From 4 matches no lost a match. Leading players Angers in Ligue 1 is: Stephane Bahoken 8 goals, Ismael Traore 3 goals, Pierrick Capelle 3 goals. Players Stephane Bahoken 2 assists, Ismael Traore 1 assists, Pierrick Capelle 1 assists will have to be very well guarded by defenders Guingamp, because they have the most assists. 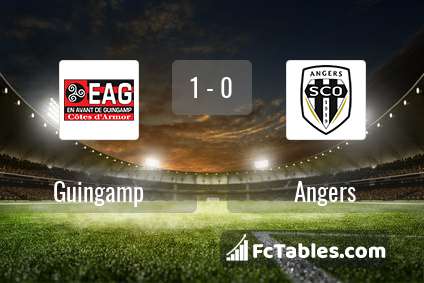