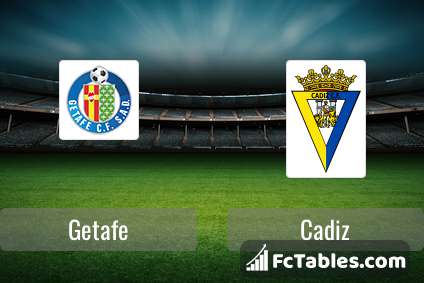 Team Getafe is located in the middle of the table. (15 place). In 5 last matches (league + cup) team gain 6 points. From 3 matches at home can't win a match. From 4 matches no lost a match. In this season games La Liga the most goals scored players: Enes Unal 4 goals, Carles Alena 2 goals, Gaston Alvarez 2 goals. They will have to be well guarded by defense Cadiz. Players Enes Unal 2 assists, Carles Alena 2 assists will have to be very well guarded by defenders Cadiz, because they have the most assists.

Team Cadiz is in the releagtion zone of the table. 19 position. Form team looks like this: In the last 5 matches (league + cup) gain 6 points. From 2 matches away can't win a match. The best players Cadiz in La Liga, who scored the most goals for the club: Alex Fernandez 2 goals, Alvaro Negredo 1 goals, Lucas Perez 1 goals. Players with the most assists: , Alvaro Negredo 1 assists. 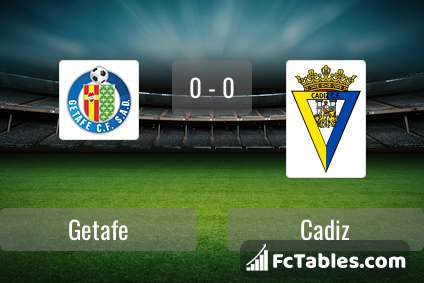 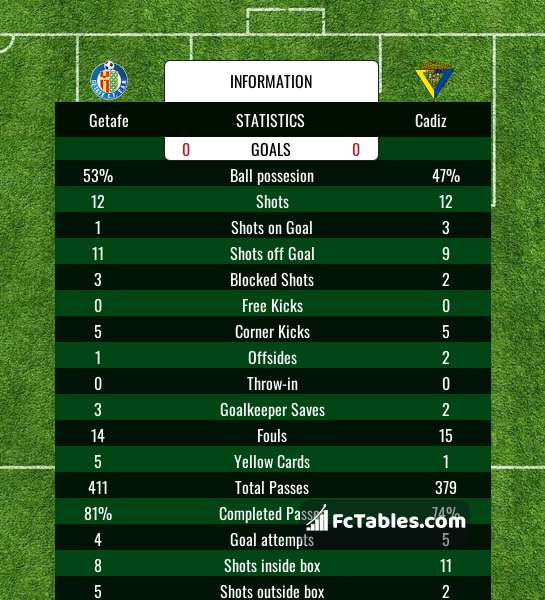