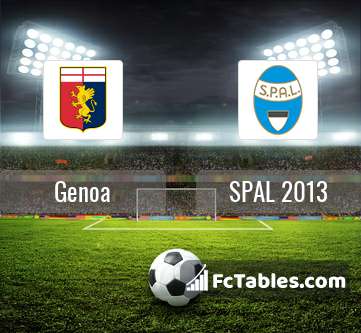 Team Genoa is located in the middle of the table. (15 place). In 5 last games (league + cup) Genoa get 1 points. From 8 matches can't win a match. The best players Genoa in Serie A, who scored the most goals for the club: Krzystof Piatek 10 goals, Cristian Kouame 3 goals, Goran Pandev 2 goals. Players with the most assists: , Cristian Kouame 3 assists.

Romulo, Daniel Bessa. They will not be able to play in the game due to suspension.

Team SPAL 2013 currently is on lower place in table (16 position). Form team looks like this: In the last 5 matches (league + cup) gain 2 points. SPAL 2013 did not win the match from 5 games. The most goals in Serie A for SPAL 2013 scored: Andrea Petagna 4 goals, Jasmin Kurtic 3 goals, Mirko Antenucci 3 goals.

In SPAL 2013 not occur in the match due to injury: Demba Thiam. 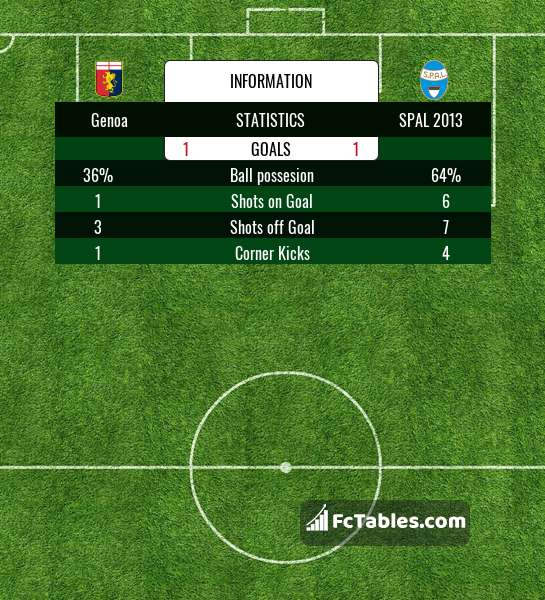 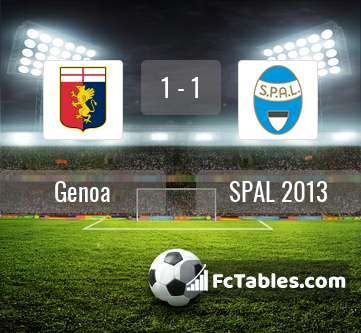