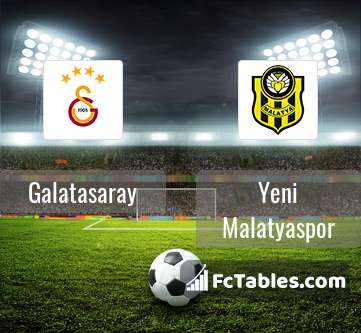 The match Galatasaray-Yeni Malatyaspor Super Lig will start today 17:30. Referee in the match will be .

Team Galatasaray is at the top place in the table (2 place). In 5 last games (league + cup) Galatasaray get 15 points. From 8 matches no lost a match. Players Galatasaray in Super Lig with the highest number of goals: Radamel Falcao 9 goals, Mostafa Mohamed 9 goals, Mbaye Diagne 9 goals. Players Radamel Falcao 2 assists, Mostafa Mohamed 1 assists will have to be very well guarded by defenders Yeni Malatyaspor, because they have the most assists.

Team Yeni Malatyaspor is located in the middle of the table. (15 place). Form team looks like this: In the last 5 matches (league + cup) gain 8 points. from 3 matches team have not been defeated. The most goals in Super Lig for Yeni Malatyaspor scored: Adem Buyuk 17 goals, Benjamin Tetteh 5 goals, Kubilay Kanatsizkus 5 goals. Players with the most assists: Adem Buyuk 3 assists, Benjamin Tetteh 4 assists, Kubilay Kanatsizkus 1 assists. 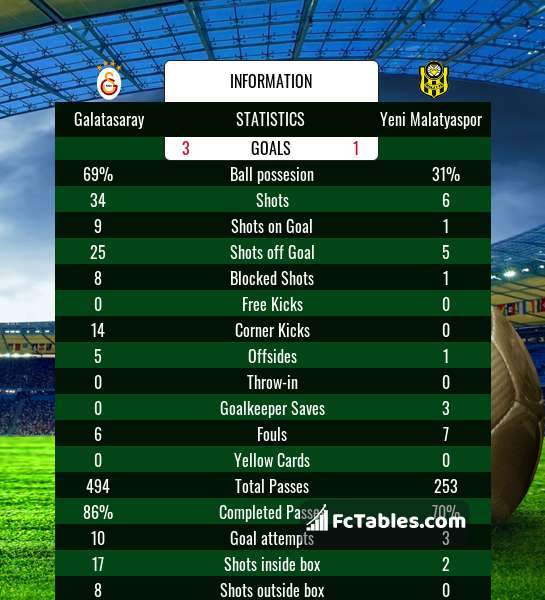 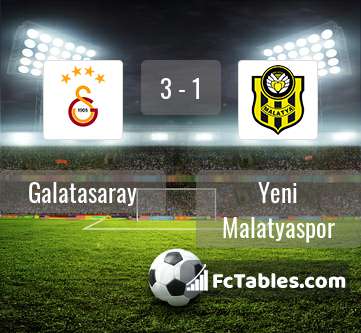 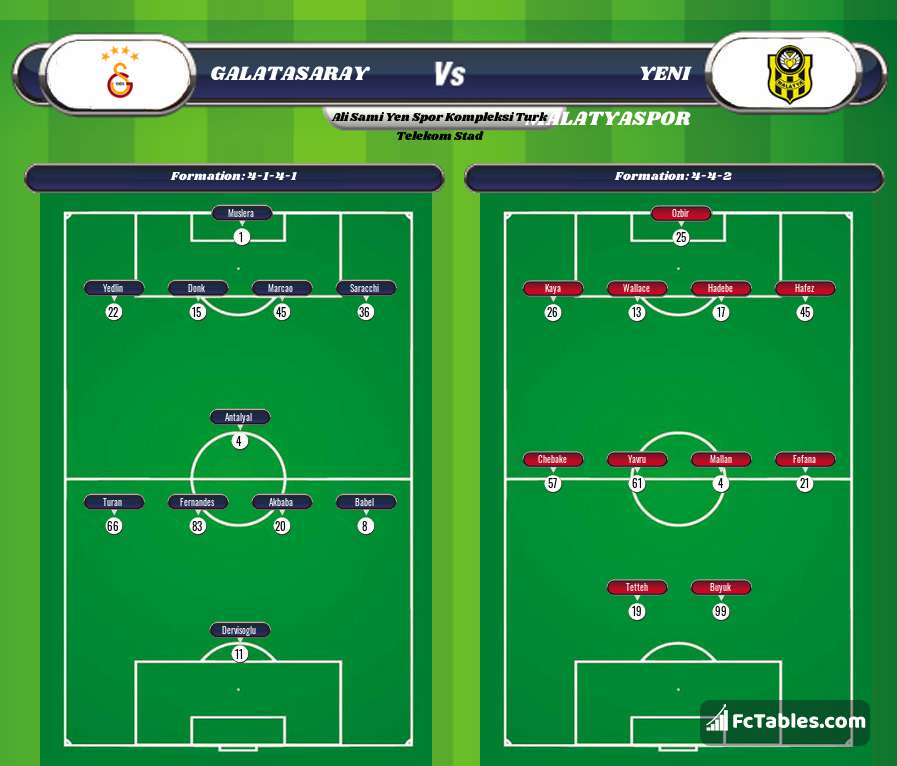