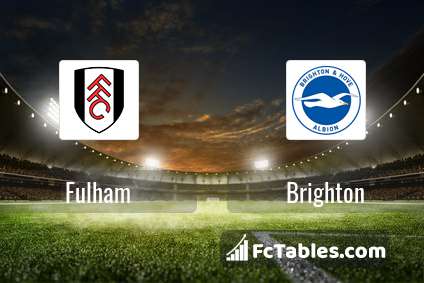 Team Fulham is in the releagtion zone of the table. 18 position. In 5 last games (league + cup) Fulham get 4 points. Fulham did not win the match from 2 games. Leading players Fulham in Premier League is: Bobby Reid 4 goals, Ademola Lookman 2 goals, Aleksandar Mitrovic 2 goals. Most assists in the club have: , Ademola Lookman 2 assists, Aleksandar Mitrovic 2 assists.

Team Brighton currently is on lower place in table (16 position). Brighton in 5 last matches (league + cup) have collected5 points. Brighton from 3 matches can not beat any rival. Players Brighton in Premier League with the highest number of goals: Neal Maupay 4 goals, Pascal Gross 2 goals, Solly March 2 goals. Players Neal Maupay 1 assists, Pascal Gross 2 assists, Solly March 1 assists will have to be very well guarded by defenders Fulham, because they have the most assists.

Direct matches: usually ended with winning of Brighton. Balace of both teams games are: 5 won Fulham, 5 wins Brighton, 1 draws. In 10 matches the sum of the goals both teams was greater than 2.5 (Over 2.5). On the other hand, 11 matches teams scored more than 1.5 goals (Over 1.5). In 8 matches the both teams have shot at least one goal. 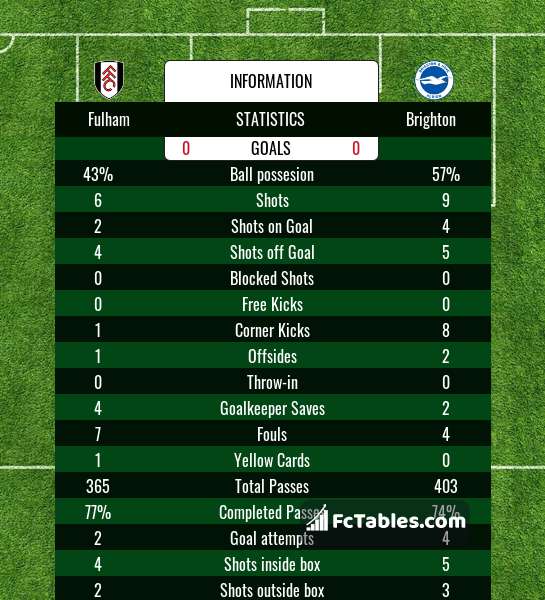 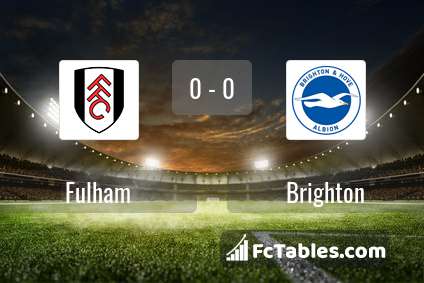 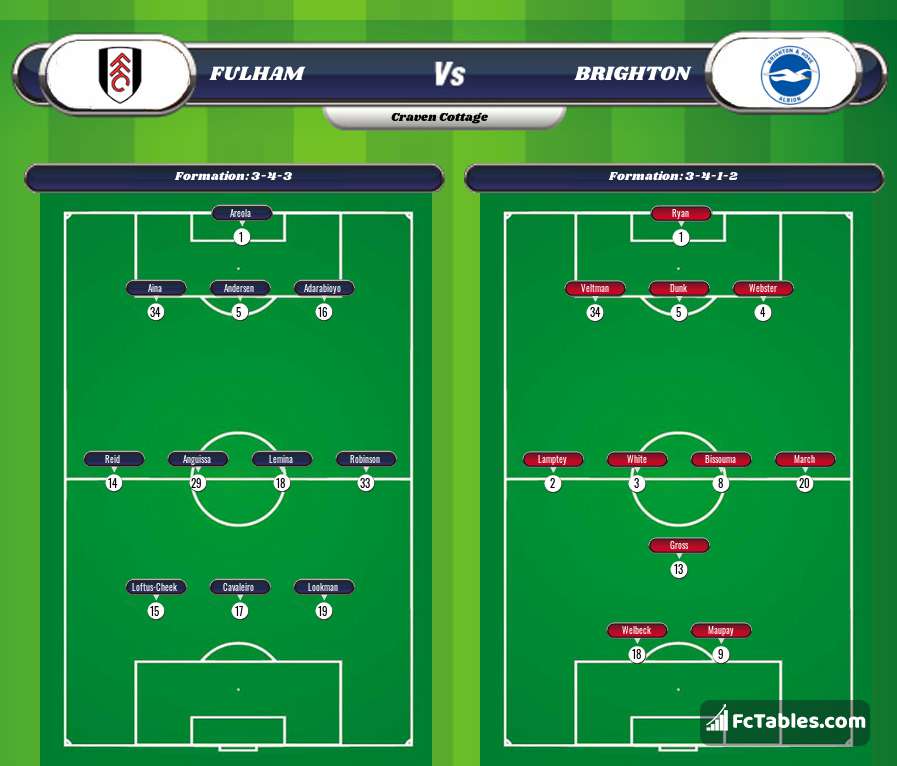