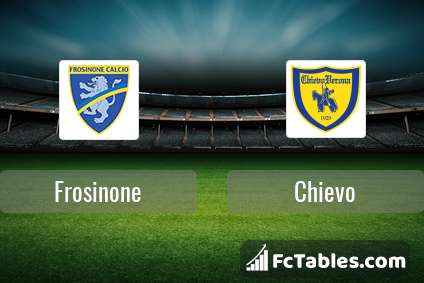 Kick off Frosinone-Chievo in Serie A on today 16:00. Referee in the match will be Antonio Di Martino.

Team Frosinone is in the releagtion zone of the table. 19 position. Form team looks like this: In the last 5 matches (league + cup) gain 1 points. Frosinone did not win the match from 6 games. Leading players Frosinone in Serie A is: Camillo Ciano 7 goals, Andrea Pinamonti 5 goals, Daniel Ciofani 5 goals. Most assists in the club have: Camillo Ciano 4 assists, Andrea Pinamonti 3 assists, Daniel Ciofani 2 assists.

In Frosinone not occur in the match due to injury: Mirko Gori, Bartosz Salamon, Raman Chibsah.

Team Chievo is in the releagtion zone of the table. 20 position. Chievo in 5 last matches (league + cup) have collected5 points. Chievo did not win the match from 4 games. Leading players Chievo in Serie A is: Mariusz Stepinski 6 goals, Sergio Pellissier 4 goals, Emanuele Giaccherini 3 goals. Players Mariusz Stepinski 2 assists, Sergio Pellissier 1 assists, Emanuele Giaccherini 1 assists will have to be very well guarded by defenders Frosinone, because they have the most assists.

Because of the suspension of Federico Barba, Mariusz Stepinski this players will not play in the match

Direct matches: usually ended with winning of Chievo. Balace of both teams games are: 0 won Frosinone, 6 wins Chievo, 0 draws. In 2 matches the sum of the goals both teams was greater than 2.5 (Over 2.5). On the other hand, 5 matches teams scored more than 1.5 goals (Over 1.5). In 2 matches the both teams have shot at least one goal. 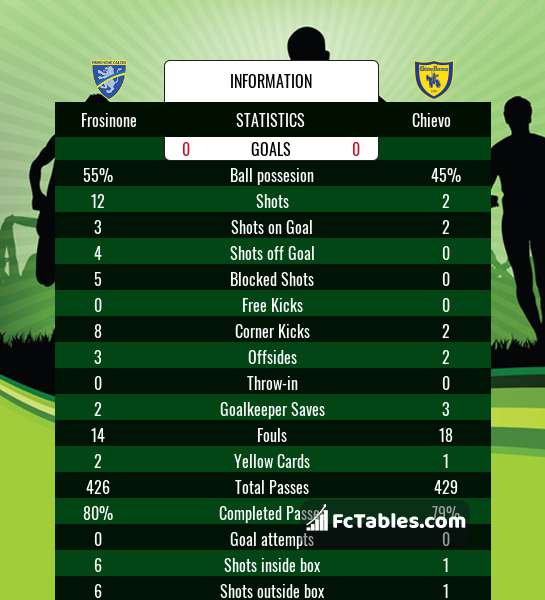