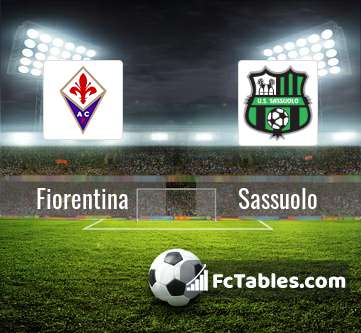 Team Fiorentina is located in the middle of the table. (13 place). Form team looks like this: In the last 5 matches (league + cup) gain 6 points. Fiorentina did not win the match from 4 games. at home from 2 matches team have not been defeated. The most goals in Serie A for Fiorentina scored: Federico Chiesa 6 goals, Dusan Vlahovic 6 goals, Erick Pulgar 4 goals. Players with the most assists: Federico Chiesa 3 assists, Erick Pulgar 4 assists.

Martin Caceres, Dusan Vlahovic. They will not be able to play in the game due to suspension.

Team Sassuolo is located in the middle of the table. (12 place). Form team looks like this: In the last 5 matches (league + cup) gain 5 points. From 3 matches can't win a match. Not lost the match from 2 games. In this season games Serie A the most goals scored players: Francesco Caputo 14 goals, Domenico Berardi 10 goals, Jeremie Boga 10 goals. They will have to be well guarded by defense Fiorentina. Most assists in the club have: Francesco Caputo 4 assists, Domenico Berardi 4 assists, Jeremie Boga 2 assists. 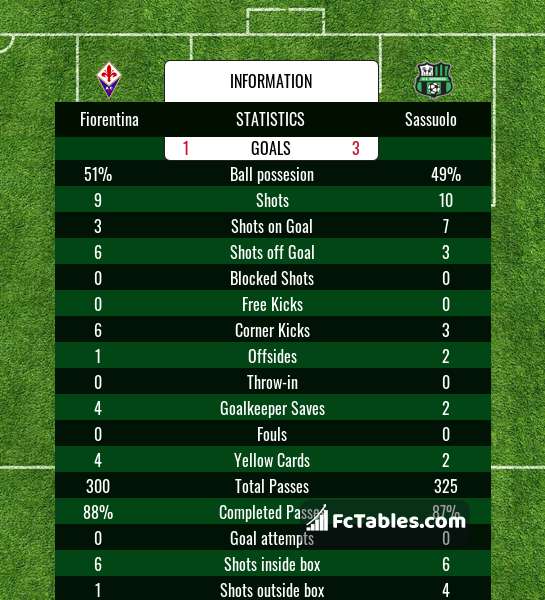 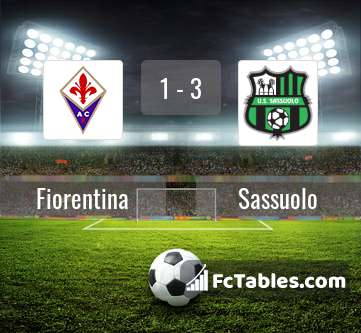