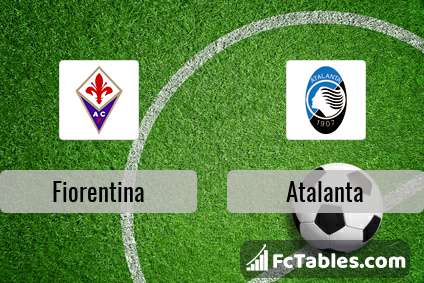 Team Fiorentina is located in the middle of the table. (11 place). Form team looks like this: In the last 5 matches (league + cup) gain 6 points. The most goals in Serie A for Fiorentina scored: Gil Dias 1 goals, Cyril Thereau 1 goals, Davide Astori 1 goals. Players with the most assists: Gil Dias 1 assists.

Milan Badelj. They will not be able to play in the game due to suspension.

Team Atalanta is located in the middle of the table. (9 place). Atalanta in 5 last matches (league + cup) have collected7 points. From 3 matches no lost a match. Players Atalanta in Serie A with the highest number of goals: Alejandro Daro Gomez 3 goals, Andrea Petagna 2 goals, Josip Ilicic 1 goals. Players Alejandro Daro Gomez 2 assists, Andrea Petagna 1 assists, Josip Ilicic 2 assists will have to be very well guarded by defenders Fiorentina, because they have the most assists. 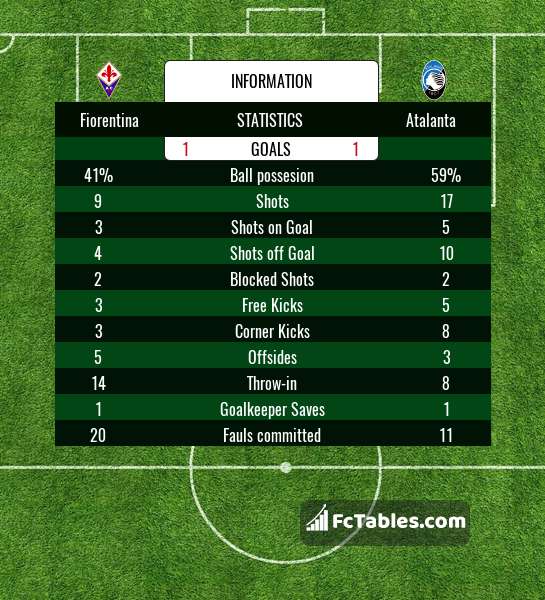 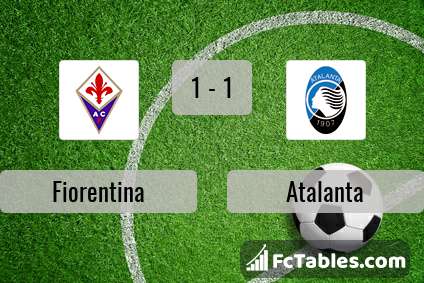 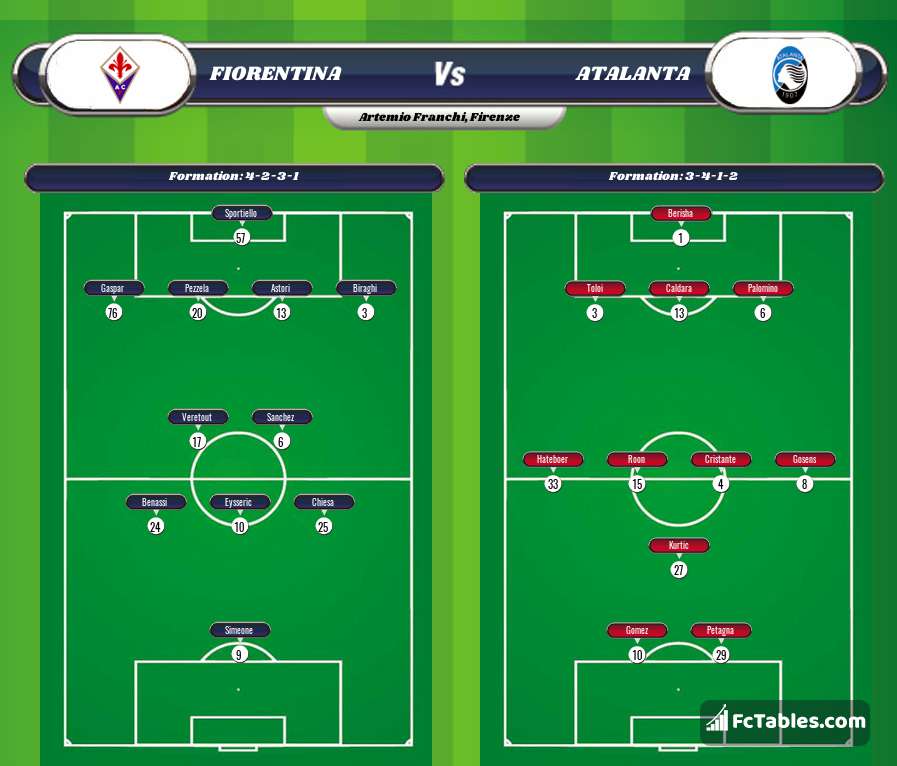