The match Fenerbahce-Kasimpasa Super Lig will start today 07:00. Referee in the match will be Firat Aydinus.

Team Fenerbahce is at the top place in the table (4 place). Last 5 games (league + cup) finished balance 8 points. Fenerbahce from 2 matches can not beat any rival. Fenerbahce has not been defeated at home from 8 matches. To defend Kasimpasa the most demanding players will be Moussa Sow 8 goals, Robin van Persie 6 goals, Emmanuel Emenike 3 goals, because this season they scored the most goals for Fenerbahce of the entire composition. Most goals developed: Moussa Sow 1 assists, Robin van Persie 2 assists, Emmanuel Emenike 3 assists.

The match will not occur Alper Potuk, Robin van Persie, Jeremain Lens because they are suspended (cards, etc.).

In Kasimpasa not occur in the match due to injury: Franck Etoundi, Mustafa Batuhan Altintas. 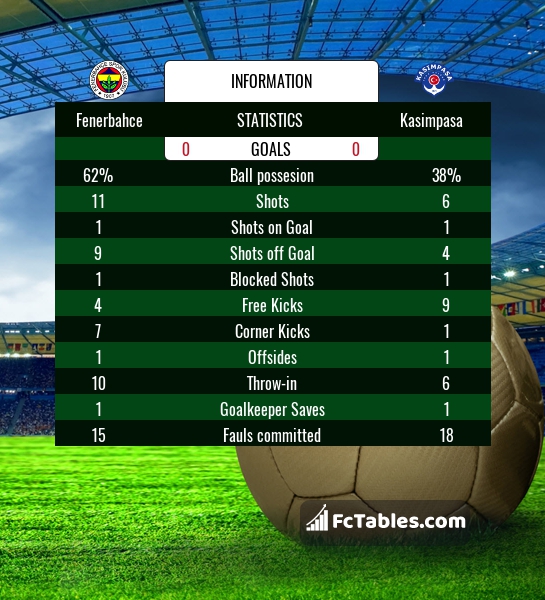 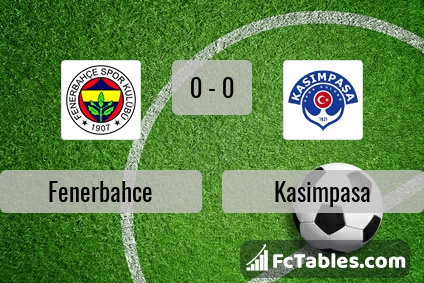 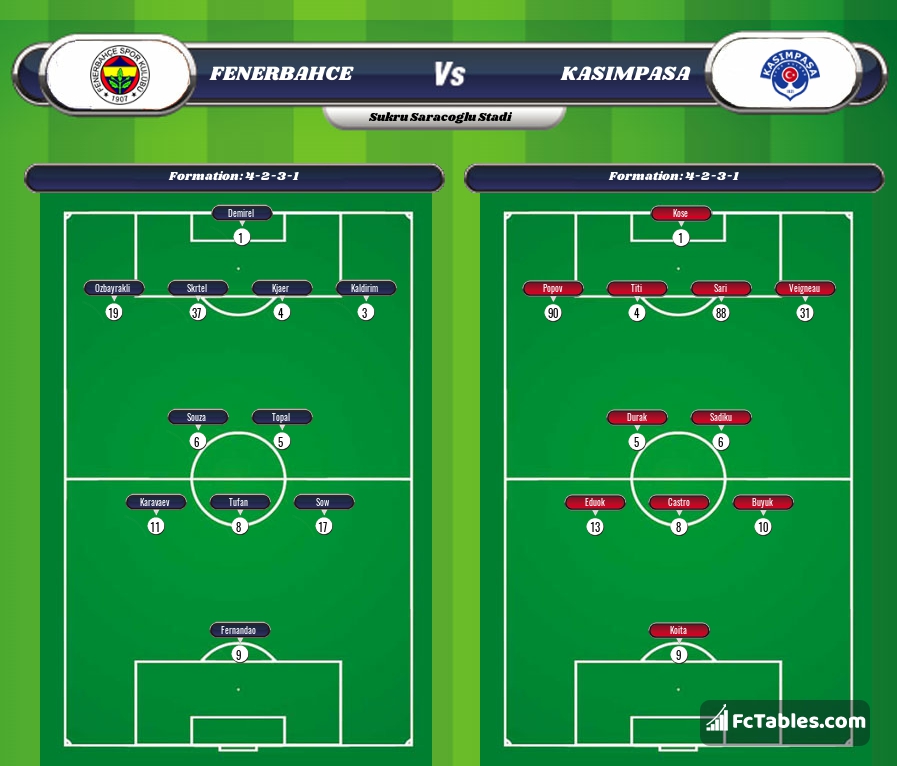