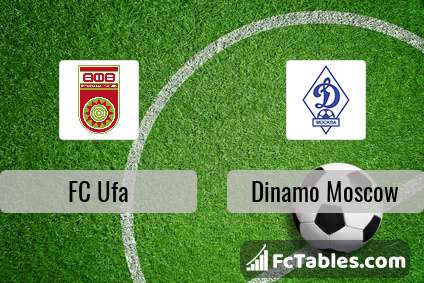 Kick off FC Ufa-Dinamo Moscow in Premier League on today 08:30. Referee in the match will be .

Team FC Ufa is in the releagtion zone of the table. 15 position. FC Ufa in 5 last matches (league + cup) have collected5 points. FC Ufa did not win the match from 3 games. from 2 matches team have not been defeated. The most goals in Premier League for FC Ufa scored: Sylvester Igboun 3 goals, Dmitri Sysuev 2 goals, Ondrej Vanek 2 goals. Players with the most assists: Sylvester Igboun 2 assists.

Team Dinamo Moscow is located in the middle of the table. (12 place). Form team looks like this: In the last 5 matches (league + cup) gain 6 points. Not lost the match away from 3 games. Players Dinamo Moscow in Premier League with the highest number of goals: Evgeni Lutsenko 3 goals, Joaozinho 3 goals, Evgeni Markov 2 goals. Most assists in the club have: Evgeni Lutsenko 4 assists, Joaozinho 4 assists, Evgeni Markov 1 assists. 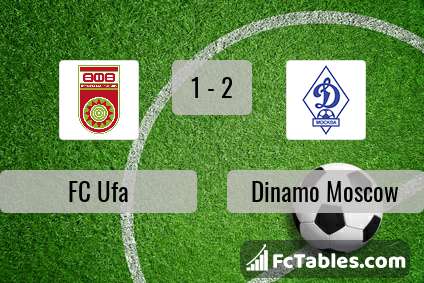 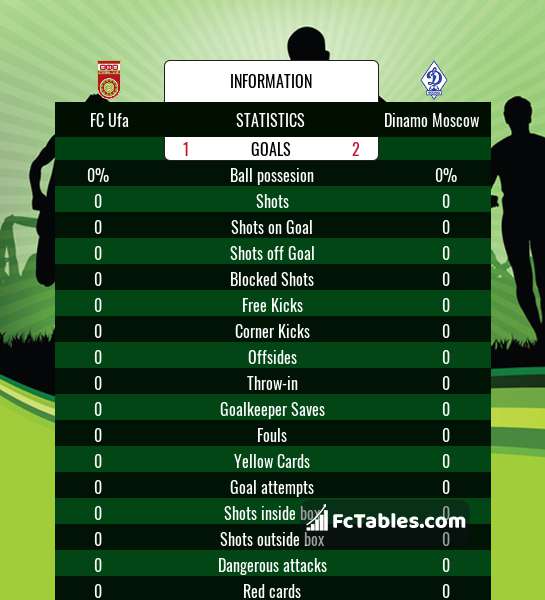