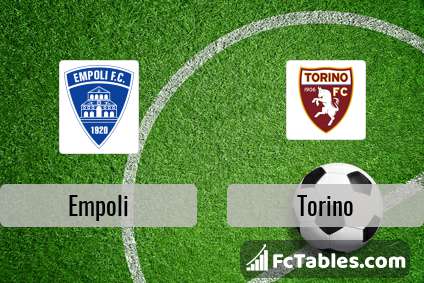 The match Empoli-Torino Serie A will start today 13:00. Referee in the match will be Paolo Silvio Mazzoleni.

Team Empoli is in the releagtion zone of the table. 18 position. Form team looks like this: In the last 5 matches (league + cup) gain 7 points. From 2 matches no lost a match. Leading players Empoli in Serie A is: Francesco Caputo 15 goals, Rade Krunic 5 goals, Diego Farias 4 goals. Players Francesco Caputo 3 assists, Rade Krunic 7 assists, Diego Farias 3 assists will have to be very well guarded by defenders Torino, because they have the most assists.

In Empoli not occur in the match due to injury: Luca Antonelli, Lorenzo Polvani, Antonino La Gumina, Kevin Diks.

In Torino not occur in the match due to injury: Cristian Daniel Ansaldi, Vittorio Parigini, Koffi Djidji. 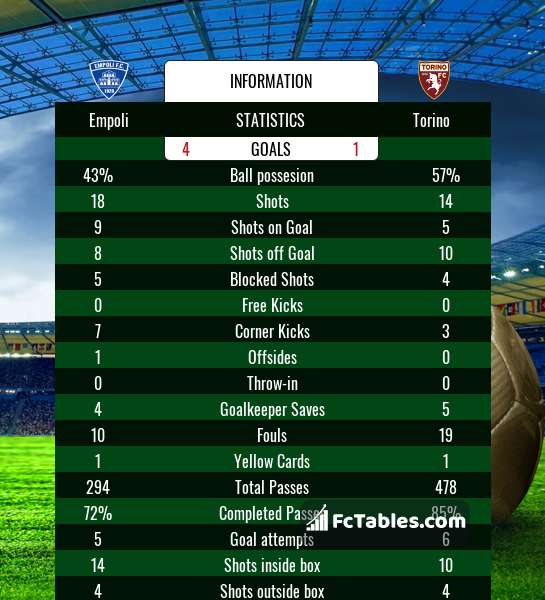 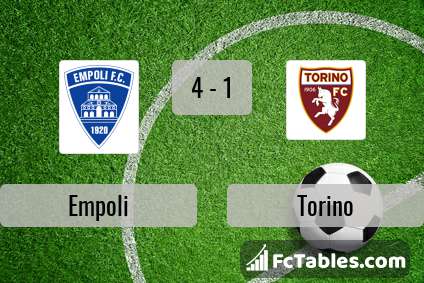