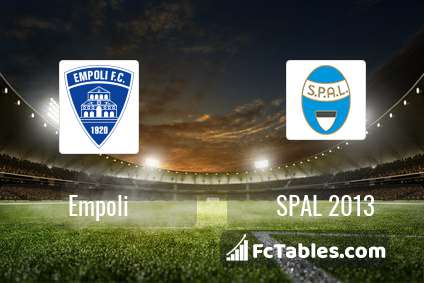 The match Empoli-SPAL 2013 Serie A will start today 13:00. Referee in the match will be Gianluca Rocchi.

Team Empoli is in the releagtion zone of the table. 18 position. Form team looks like this: In the last 5 matches (league + cup) gain 7 points. Empoli did not win the match from 2 games. From 5 matches at home no lost a match. Leading players Empoli in Serie A is: Francesco Caputo 14 goals, Rade Krunic 5 goals, Giovanni Di Lorenzo 3 goals. Players Francesco Caputo 3 assists, Rade Krunic 6 assists, Giovanni Di Lorenzo 2 assists will have to be very well guarded by defenders SPAL 2013, because they have the most assists.

Team SPAL 2013 is located in the middle of the table. (14 place). Form team looks like this: In the last 5 matches (league + cup) gain 12 points. The most goals in Serie A for SPAL 2013 scored: Andrea Petagna 12 goals, Jasmin Kurtic 5 goals, Mirko Antenucci 4 goals. Most goals developed: , Jasmin Kurtic 3 assists.

In SPAL 2013 not occur in the match due to injury: Lorenco Simic, Marko Jankovic.

The match will not occur Mohamed Fares because they are suspended (cards, etc.). 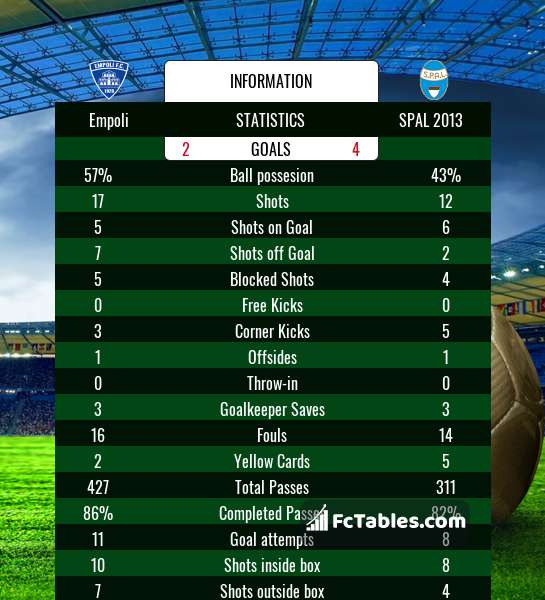 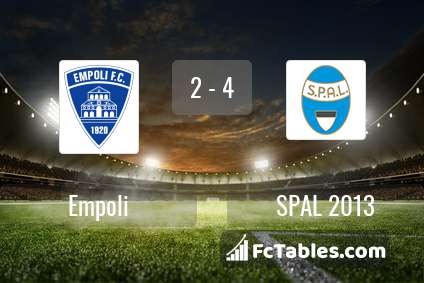