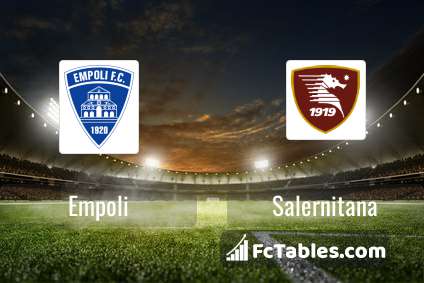 Kick off Empoli-Salernitana in Serie A on today 13:00. Referee in the match will be Davide Massa.

Team Empoli is located in the middle of the table. (14 place). Form team looks like this: In the last 5 matches (league + cup) gain 4 points. Empoli did not win the match from 2 games. Leading players Empoli in Serie A is: Andrea Pinamonti 13 goals, Nedim Bajrami 6 goals, Szymon Zurkowski 5 goals. Players Andrea Pinamonti 2 assists, Nedim Bajrami 4 assists, Szymon Zurkowski 2 assists will have to be very well guarded by defenders Salernitana, because they have the most assists.

In Empoli not occur in the match due to injury: Riccardo Marchizza, Lorenzo Tonelli, Nicolas Haas.

Team Salernitana is in the releagtion zone of the table. 18 position. Salernitana in 5 last matches (league + cup) have collected11 points. from 6 matches team have not been defeated. To defend Empoli the most demanding players will be Federico Bonazzoli 9 goals, Milan Djuric 5 goals, Simone Verdi 5 goals, because this season they scored the most goals for Salernitana of the entire composition. Players with the most assists: , Milan Djuric 3 assists.

Franck Ribery, Emil Bohinen. They will not be able to play in the game due to suspension. 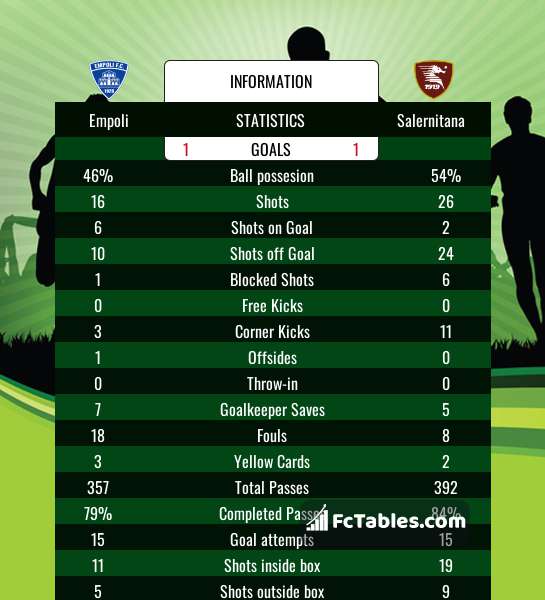