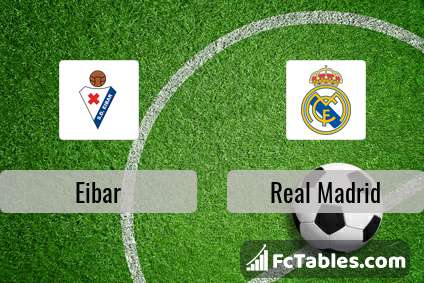 The match Eibar-Real Madrid La Liga will start today 20:00. Referee in the match will be Jose Munuera.

Team Eibar is located in the middle of the table. (14 place). Last 5 games (league + cup) finished balance 7 points. Eibar from 2 matches can not beat any rival. Eibar has not been defeated from 5 matches. To defend Real Madrid the most demanding players will be Esteban Burgos 3 goals, Kike 3 goals, Kevin Rodrigues 1 goals, because this season they scored the most goals for Eibar of the entire composition. Most goals developed: Esteban Burgos 1 assists.

The match will not occur Esteban Burgos because they are suspended (cards, etc.).

Team Real Madrid is at the top place in the table (3 place). In 5 last matches (league + cup) team gain 10 points. from 3 matches team have not been defeated. The best players Real Madrid in La Liga, who scored the most goals for the club: Karim Benzema 6 goals, Federico Valverde 3 goals, Vinicius Junior 2 goals. Players with the most assists: Karim Benzema 3 assists, Federico Valverde 1 assists, Vinicius Junior 1 assists.

Direct matches: usually ended with winning of Real Madrid. Balace of both teams games are: 1 won Eibar, 11 wins Real Madrid, 2 draws. In 10 matches the sum of the goals both teams was greater than 2.5 (Over 2.5). On the other hand, 14 matches teams scored more than 1.5 goals (Over 1.5). In 6 matches the both teams have shot at least one goal. 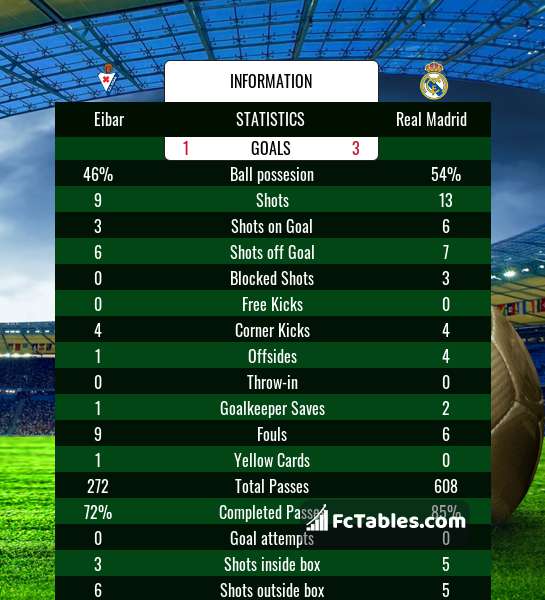 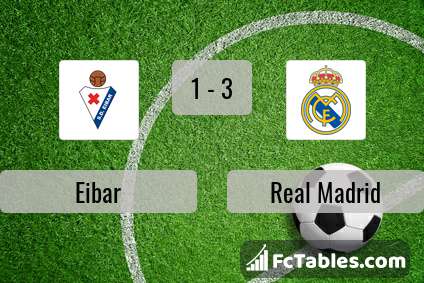 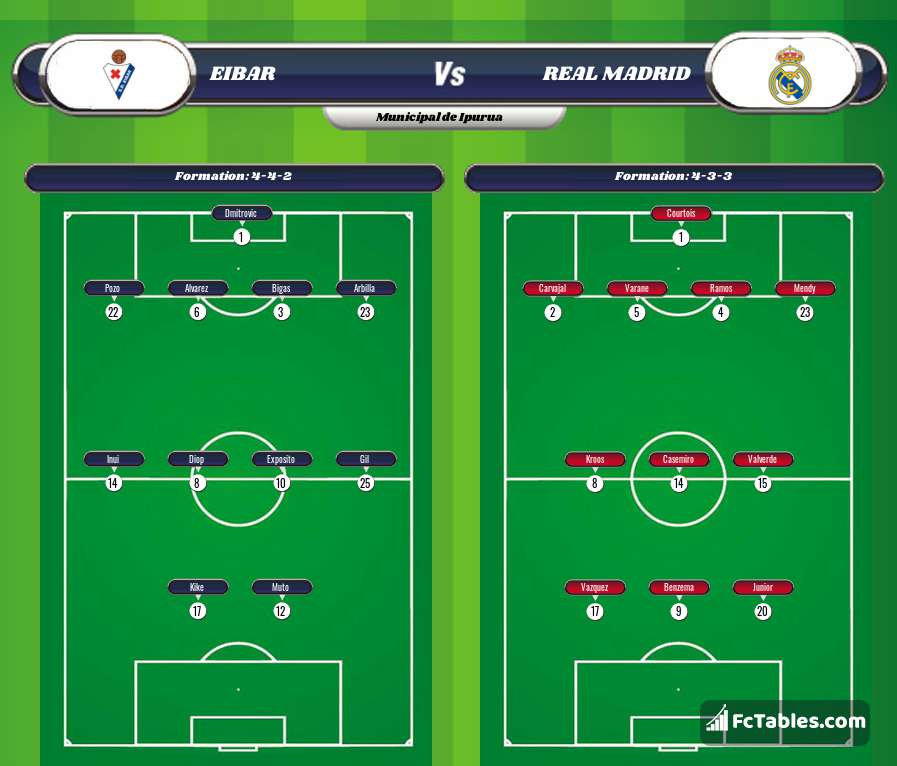