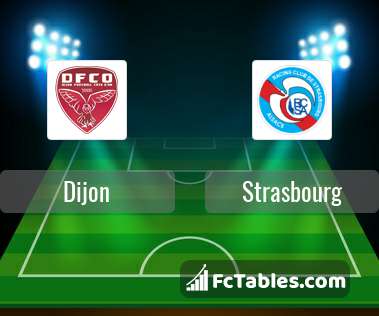 Kick off Dijon-Strasbourg in Ligue 1 on today 18:00. Referee in the match will be Hakim Ben El Hadj.

Team Dijon is in the releagtion zone of the table. 19 position. Form team looks like this: In the last 5 matches (league + cup) gain 7 points. Dijon from 2 matches can not beat any rival. From 2 matches at home no lost a match. Players Dijon in Ligue 1 with the highest number of goals: Wesley Said 4 goals, Julio Tavares 3 goals, Mehdi Abeid 3 goals. Players , Julio Tavares 2 assists will have to be very well guarded by defenders Strasbourg, because they have the most assists.

Team Strasbourg is located in the middle of the table. (10 place). Form team looks like this: In the last 5 matches (league + cup) gain 4 points. From 6 matches away can't win a match. From 3 matches away no lost a match. In this season games Ligue 1 the most goals scored players: Nuno Da Costa 8 goals, Lebo Mothiba 8 goals, Ludovic Ajorque 8 goals. They will have to be well guarded by defense Dijon. Players Nuno Da Costa 5 assists, Lebo Mothiba 2 assists, Ludovic Ajorque 1 assists will have to be very well guarded by defenders Dijon, because they have the most assists. 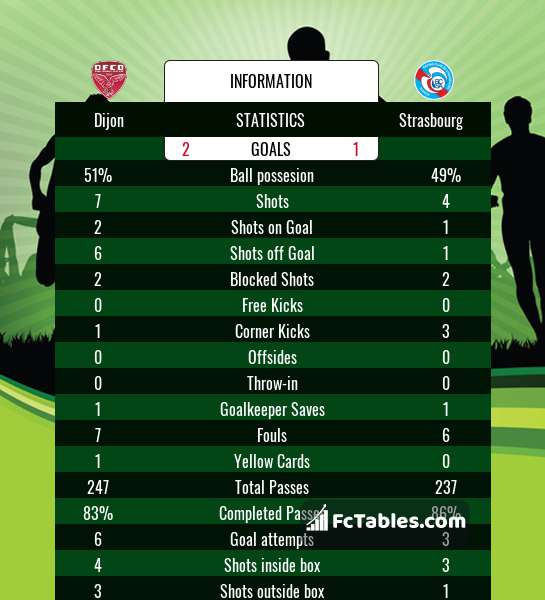 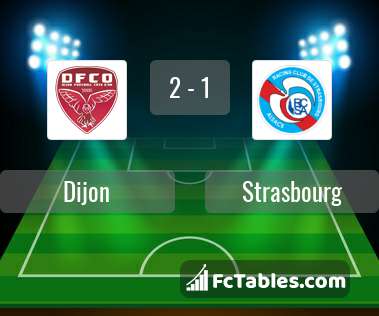