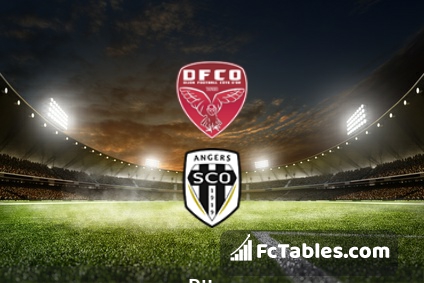 The match Dijon-Angers Ligue 1 will start today 18:00. Referee in the match will be Sebastien Desiage.

Team Dijon is in the releagtion zone of the table. 19 position. Form team looks like this: In the last 5 matches (league + cup) gain 2 points. Dijon from 8 matches can not beat any rival. Players Dijon in Ligue 1 with the highest number of goals: Julio Tavares 9 goals, Lois Diony 8 goals, Pier Lees-Melou 6 goals. Players Julio Tavares 3 assists, Lois Diony 6 assists, Pier Lees-Melou 3 assists will have to be very well guarded by defenders Angers, because they have the most assists.

Team Angers is located in the middle of the table. (13 place). In 5 last matches (league + cup) team gain 3 points. Angers did not win the match from 3 games. Leading players Angers in Ligue 1 is: Famara Diedhiou 8 goals, Karl Toko Ekambi 6 goals, Cheikh Ndoye 3 goals. Players Famara Diedhiou 1 assists, Karl Toko Ekambi 3 assists, Cheikh Ndoye 3 assists will have to be very well guarded by defenders Dijon, because they have the most assists.

In Angers not occur in the match due to injury: Yoann Andreu, Billy Ketkeophomphone.

Direct matches: usually ended with winning of Angers. Balace of both teams games are: 1 won Dijon, 8 wins Angers, 8 draws. In 7 matches the sum of the goals both teams was greater than 2.5 (Over 2.5). On the other hand, 10 matches teams scored more than 1.5 goals (Over 1.5). In 7 matches the both teams have shot at least one goal. 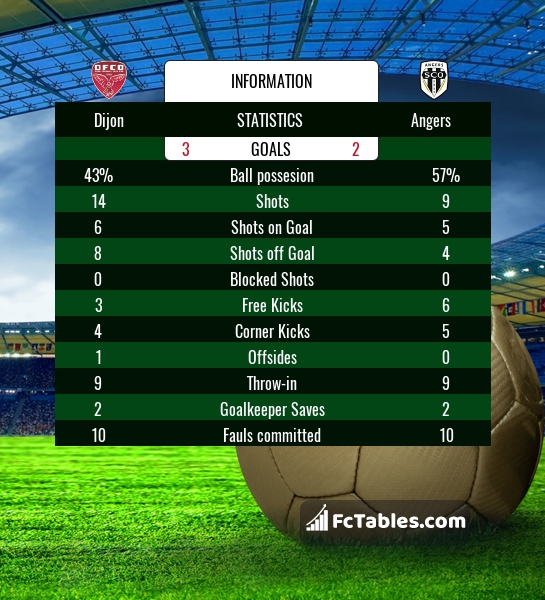 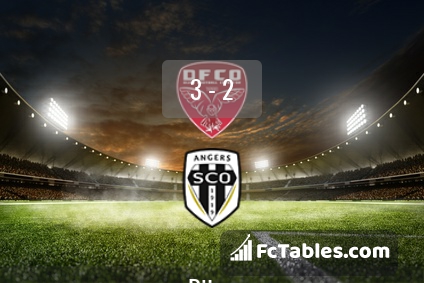 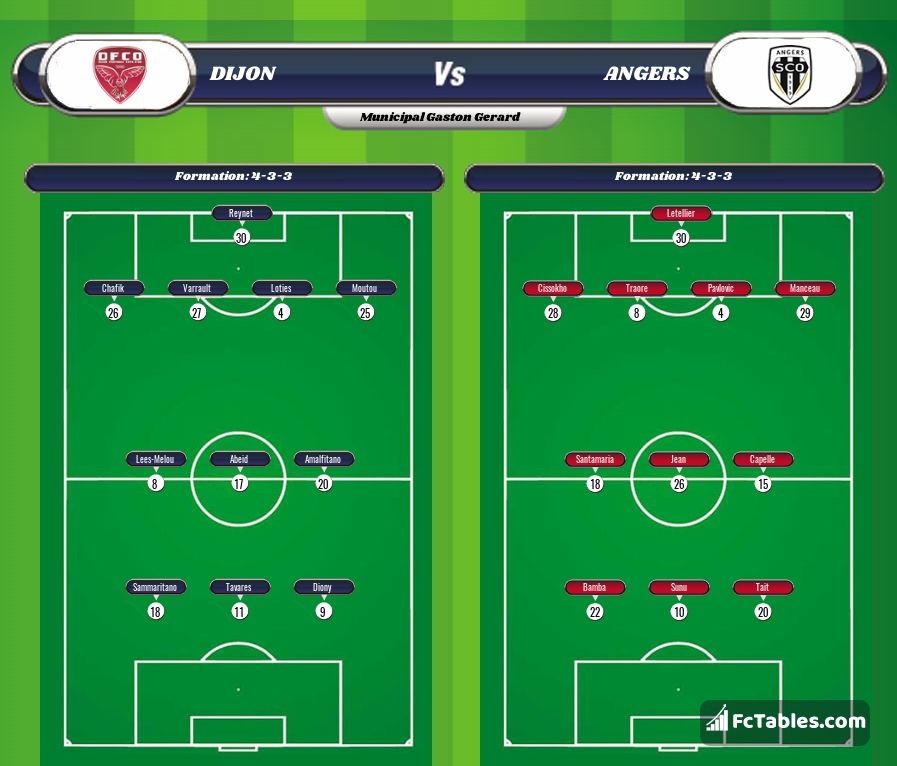