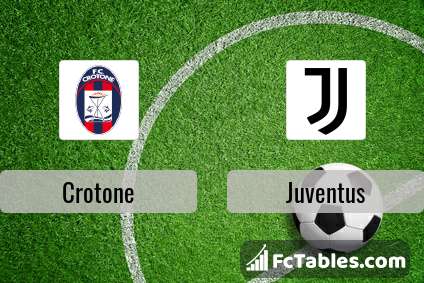 Team Crotone is in the releagtion zone of the table. 20 position. Crotone in 5 last matches (league + cup) have collected0 points. Players Crotone in Serie A with the highest number of goals: Emmanuel Riviere 1 goals, Simmy Nwankwo 1 goals. Most assists in the club have: , Salvatore Andrea Molina 1 assists.

Team Juventus is at the top place in the table (5 place). In 5 last matches (league + cup) team gain 7 points. The best players Juventus in Serie A, who scored the most goals for the club: Cristiano Ronaldo 3 goals, Leonardo Bonucci 1 goals, Dejan Kulusevski 1 goals. 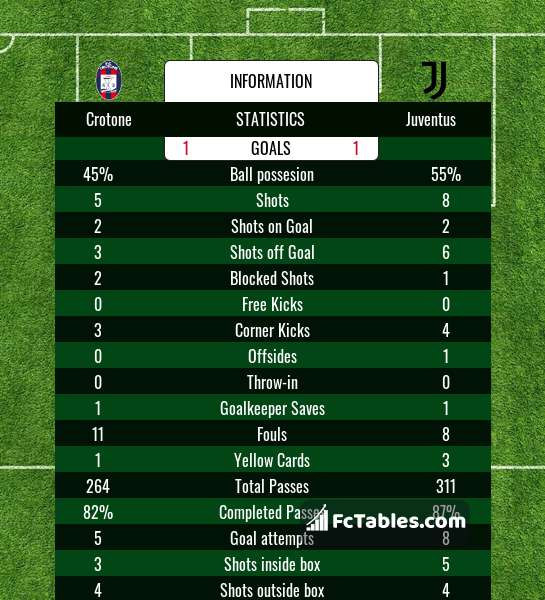 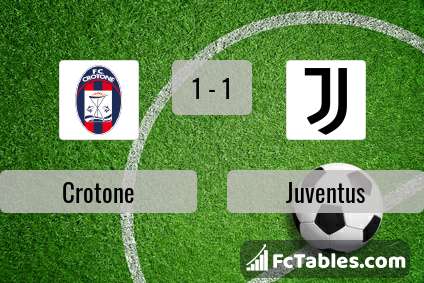