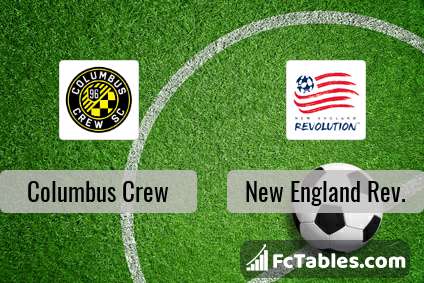 The match Columbus Crew-New England Rev. Major League Soccer will start today 23:30. Referee in the match will be .

Team Columbus Crew is located in the middle of the table. (7 place). Form team looks like this: In the last 5 matches (league + cup) gain 10 points. Players Columbus Crew in Major League Soccer with the highest number of goals: Gyasi Zardes 3 goals, Gaston Sauro 2 goals, Pedro Santos 1 goals. Players , Pedro Santos 2 assists will have to be very well guarded by defenders New England Rev., because they have the most assists.

Team New England Rev. is located in the middle of the table. (17 place). New England Rev. in 5 last matches (league + cup) have collected4 points. To defend Columbus Crew the most demanding players will be Carles Gil 3 goals, Jalil Anibaba 1 goals, Brandon Bye 1 goals, because this season they scored the most goals for New England Rev. of the entire composition. Players with the most assists: Carles Gil 1 assists.

If you want to compare this teams or you looking for more stats H2H Columbus Crew New England Rev.
League table and stats click here 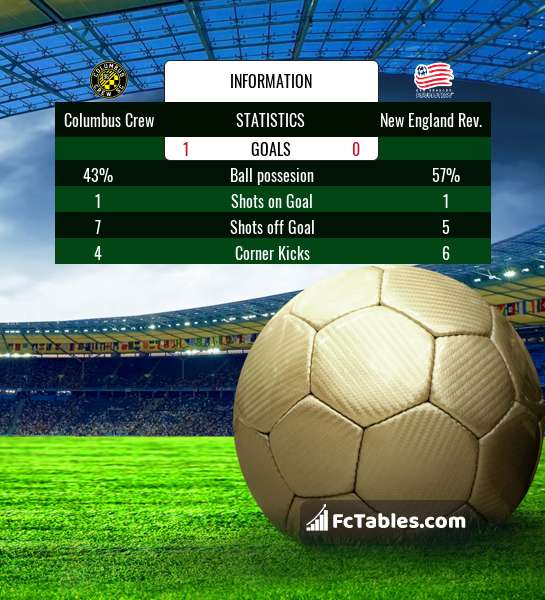 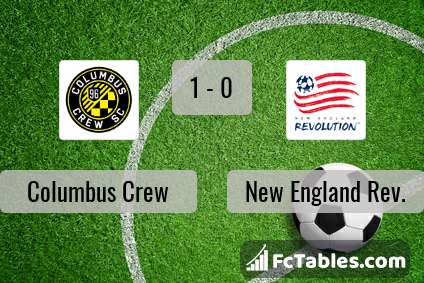