The match Chievo-Lazio Serie A will start today 17:00. Referee in the match will be Fabio Maresca.

Team Chievo is in the releagtion zone of the table. 20 position. Chievo in 5 last matches (league + cup) have collected2 points. From 2 matches no lost a match. Leading players Chievo in Serie A is: Mariusz Stepinski 3 goals, Valter Birsa 2 goals, Emanuele Giaccherini 1 goals. Players , Valter Birsa 1 assists, Emanuele Giaccherini 1 assists will have to be very well guarded by defenders Lazio, because they have the most assists. 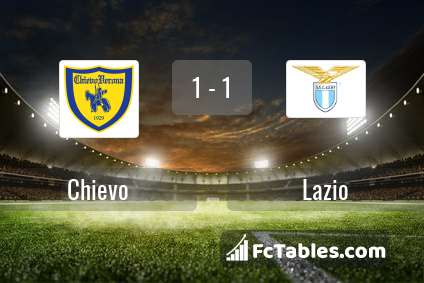