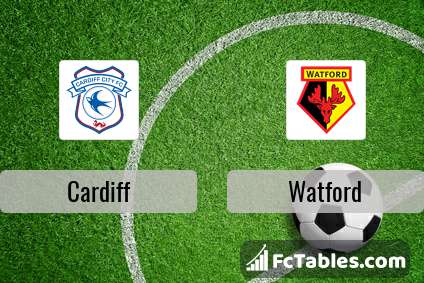 Kick off Cardiff-Watford in Premier League on today 19:45. Referee in the match will be Simon Hooper.

Team Watford is located in the middle of the table. (8 place). Last 5 games (league + cup) finished balance 8 points. From 2 matches away can't win a match. Watford has not been defeated from 2 matches. The best players Watford in Premier League, who scored the most goals for the club: Roberto Pereyra 6 goals, Troy Deeney 5 goals, Andre Gray 4 goals. Most goals developed: Roberto Pereyra 1 assists, Troy Deeney 2 assists.

The match will not occur Jose Holebas because they are suspended (cards, etc.). 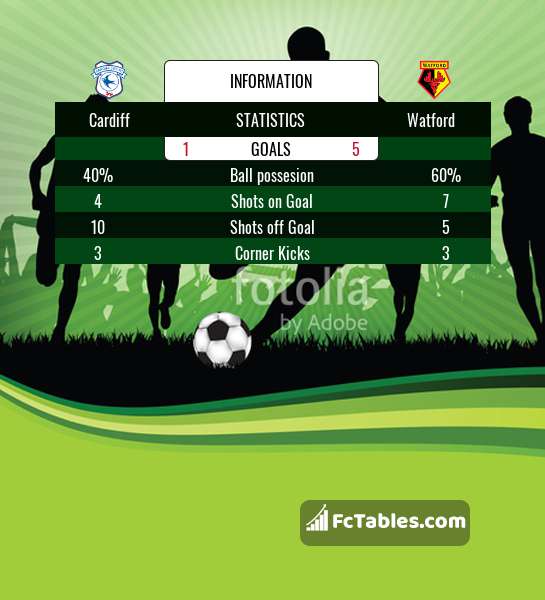 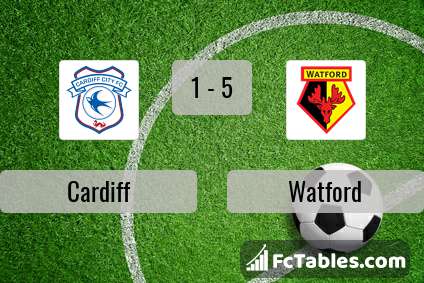