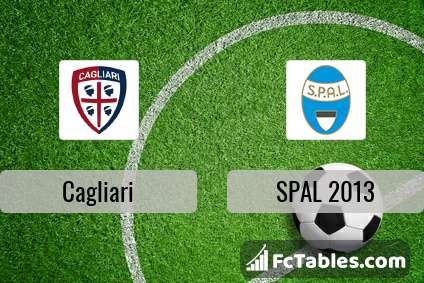 The match Cagliari-SPAL 2013 Serie A will start today 13:00. Referee in the match will be Luca Banti.

Players Darijo Srna will not be able to play in the match because of suspension (cards, etc.)

Team SPAL 2013 is located in the middle of the table. (15 place). Form team looks like this: In the last 5 matches (league + cup) gain 9 points. SPAL 2013 has not been defeated from 3 matches. The most goals in Serie A for SPAL 2013 scored: Andrea Petagna 12 goals, Jasmin Kurtic 5 goals, Mirko Antenucci 3 goals. Most goals developed: , Jasmin Kurtic 3 assists.

In SPAL 2013 not occur in the match due to injury: Vasco Regini.

The match will not occur Manuel Lazzari because they are suspended (cards, etc.). 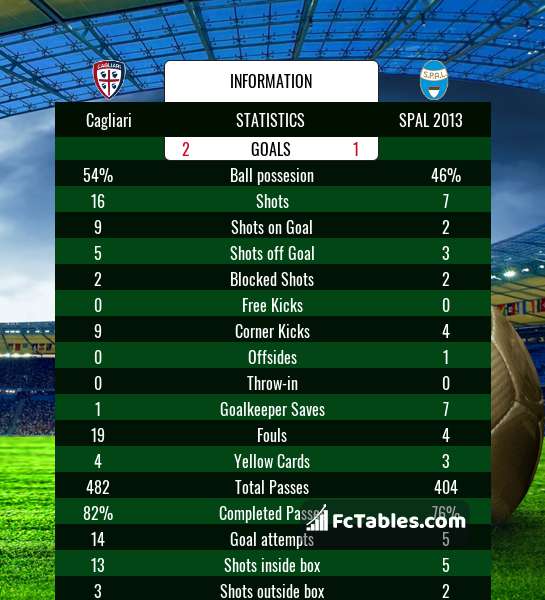 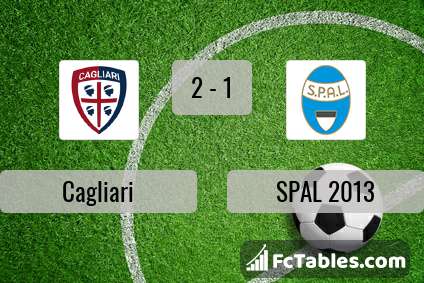