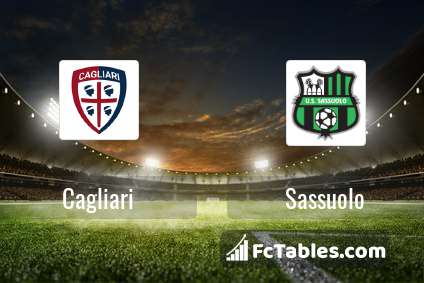 Kick off Cagliari-Sassuolo in Serie A on today 14:00. Referee in the match will be Maurizio Mariani.

Team Cagliari is in the releagtion zone of the table. 18 position. In 5 last games (league + cup) Cagliari get 0 points. Cagliari from 12 matches can not beat any rival. Players Cagliari in Serie A with the highest number of goals: Joao Pedro Galvao 10 goals, Giovanni Simeone 5 goals, Charalambos Lykogiannis 2 goals. Most assists in the club have: Joao Pedro Galvao 2 assists, Giovanni Simeone 1 assists, Charalambos Lykogiannis 1 assists.

Team Sassuolo is located in the middle of the table. (9 place). Form team looks like this: In the last 5 matches (league + cup) gain 4 points. From 3 matches can't win a match. In this season games Serie A the most goals scored players: Domenico Berardi 7 goals, Francesco Caputo 7 goals, Filip Djuricic 4 goals. They will have to be well guarded by defense Cagliari. Most assists in the club have: Domenico Berardi 4 assists, Francesco Caputo 3 assists, Filip Djuricic 2 assists. 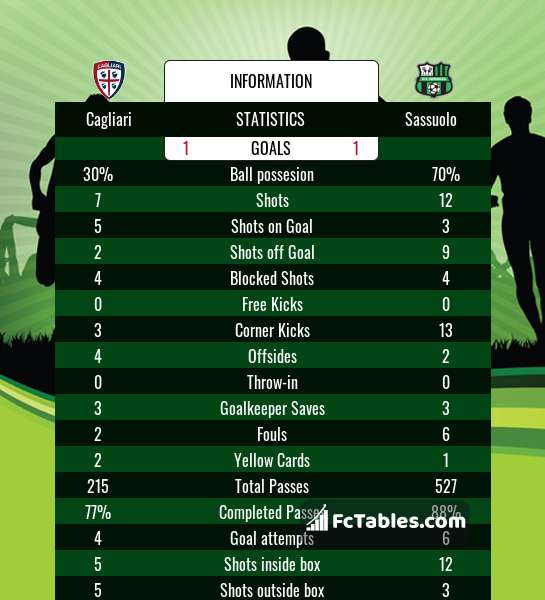 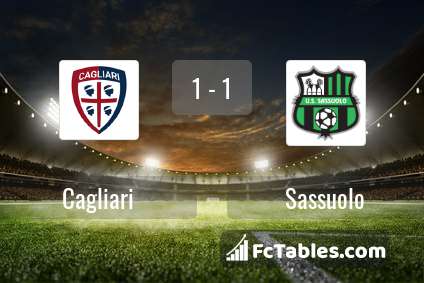 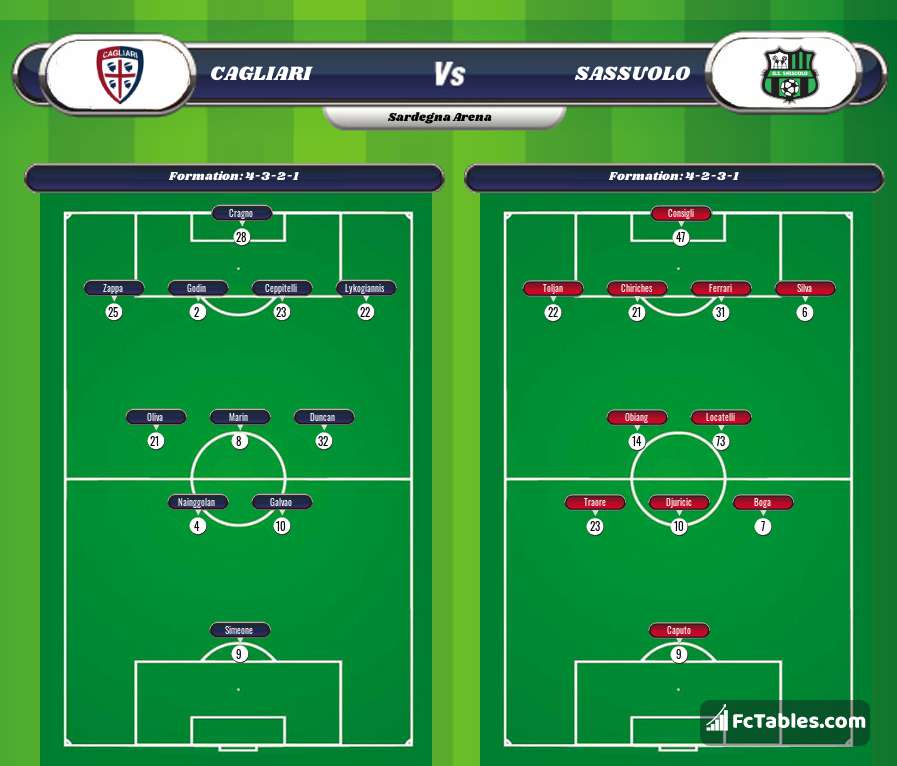