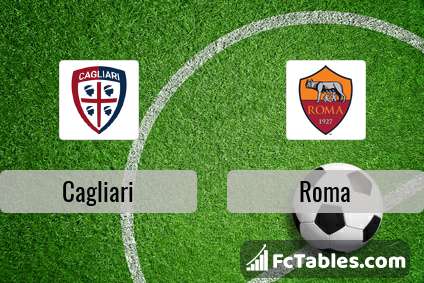 The match Cagliari-Roma Serie A will start today 18:45. Referee in the match will be Marco Di Bello.

Team Cagliari is in the releagtion zone of the table. 18 position. In 5 last games (league + cup) Cagliari get 4 points. Cagliari from 3 matches can not beat any rival. Not lost the match at home from 2 games. Players Cagliari in Serie A with the highest number of goals: Leonardo Pavoletti 10 goals, Nicolo Barella 6 goals, Joao Pedro Galvao 5 goals. Most assists in the club have: , Nicolo Barella 1 assists, Joao Pedro Galvao 1 assists.

Players Luca Cigarini, Joao Pedro Galvao, Leandro Castan will not be able to play in the match because of suspension (cards, etc.)

Team Roma is at the top place in the table (4 place). Last 5 games (league + cup) finished balance 10 points. Roma has not been defeated away from 9 matches. The best players Roma in Serie A, who scored the most goals for the club: Edin Dzeko 16 goals, Stephan El Shaarawy 7 goals, Cengiz Under 6 goals. Most goals developed: Edin Dzeko 3 assists, Stephan El Shaarawy 4 assists, Cengiz Under 1 assists.

The match will not occur Juan because they are suspended (cards, etc.).

Direct matches: usually ended with winning of Roma. Balace of both teams games are: 7 won Cagliari, 13 wins Roma, 7 draws. In 18 matches the sum of the goals both teams was greater than 2.5 (Over 2.5). On the other hand, 22 matches teams scored more than 1.5 goals (Over 1.5). In 16 matches the both teams have shot at least one goal. 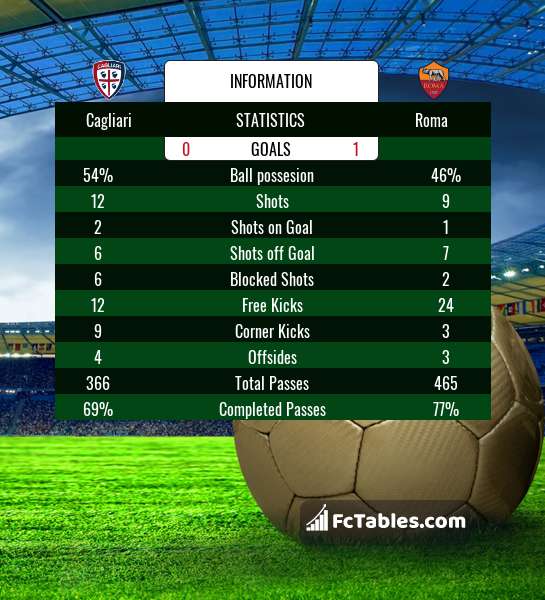 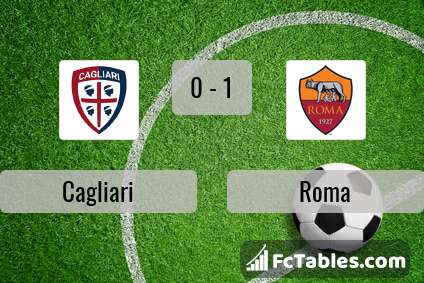