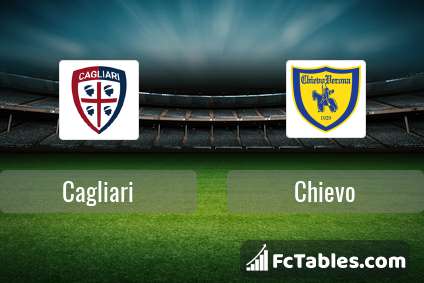 The match Cagliari-Chievo Serie A will start 24-09 13:00. Referee in the match will be Gianluca Aureliano.

Team Cagliari is located in the middle of the table. (10 place). In 5 last games (league + cup) Cagliari get 6 points. Players Cagliari in Serie A with the highest number of goals: Joao Pedro Galvao 2 goals, Marco Sau 1 goals, Nicolo Barella 1 goals. Most assists in the club have: Joao Pedro Galvao 1 assists.

Team Chievo is located in the middle of the table. (13 place). Chievo in 5 last matches (league + cup) have collected5 points. Chievo did not win the match from 4 games. From 2 matches no lost a match. Leading players Chievo in Serie A is: Roberto Inglese 1 goals, Valter Birsa 1 goals, Manuel Pucciarelli 1 goals. Players Roberto Inglese 2 assists, Valter Birsa 1 assists will have to be very well guarded by defenders Cagliari, because they have the most assists.

In Chievo not occur in the match due to injury: Emanuel Vignato, Massimo Gobbi, Riccardo Meggiorini. 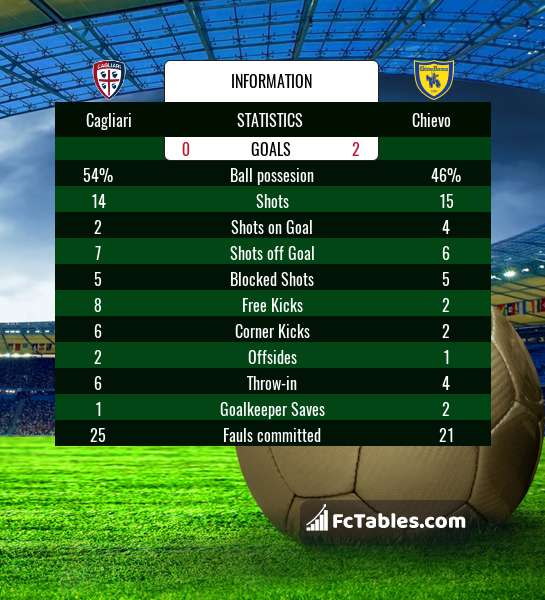 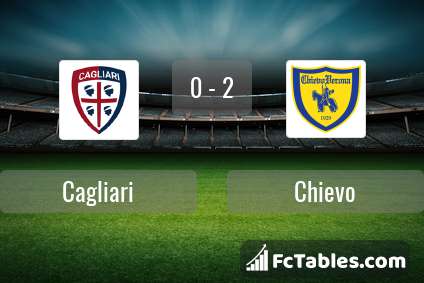 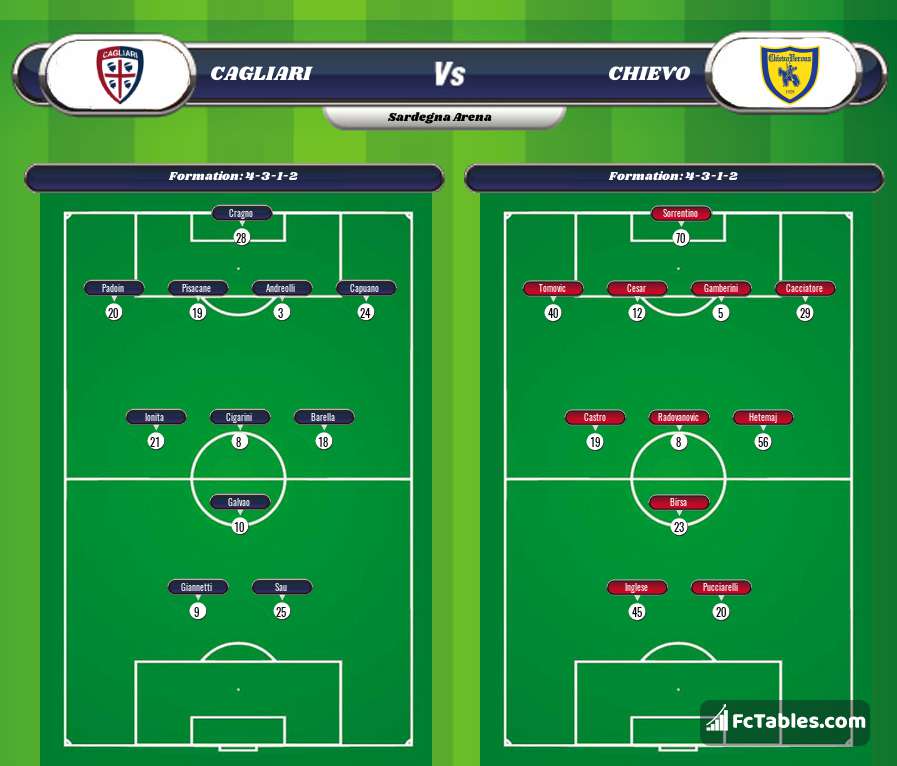