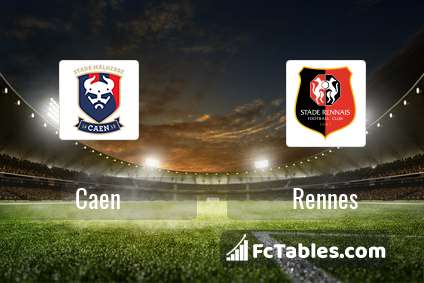 Kick off Caen-Rennes in Ligue 1 on today 19:00. Referee in the match will be Amaury Delerue.

Team Caen is located in the middle of the table. (15 place). In 5 last games (league + cup) Caen get 5 points. From 3 matches can't win a match. In this season games Ligue 1 the most goals scored players: Claudio Beauvue 2 goals, Enzo Crivelli 2 goals, Yacine Bammou 2 goals. They will have to be well guarded by defense Rennes.

Team Rennes is located in the middle of the table. (14 place). In 5 last games (league + cup) Rennes get 5 points. Rennes did not win the match from 2 games. Not lost the match away from 2 games. Leading players Rennes in Ligue 1 is: Ismaila Sarr 3 goals, Clement Grenier 2 goals, Benjamin Bourigeaud 1 goals. Most assists in the club have: , Clement Grenier 1 assists, Benjamin Bourigeaud 2 assists.

In Rennes not occur in the match due to injury: Abdoulaye Diallo, Ludovic Baal, Romain Danze.

Players Ramy Bensebaini will not be able to play in the match because of suspension (cards, etc.) 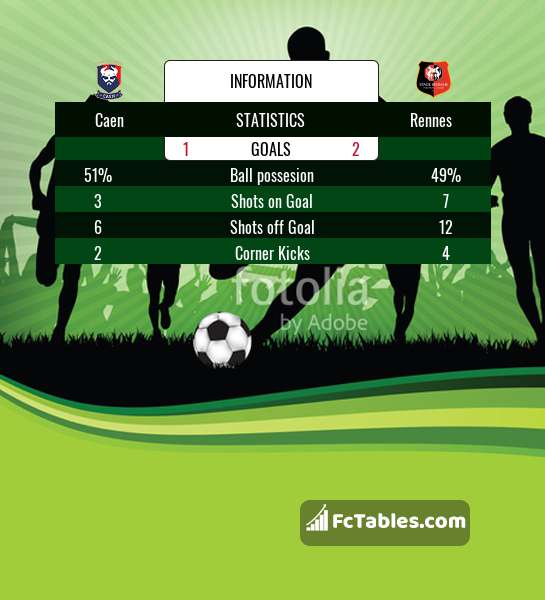 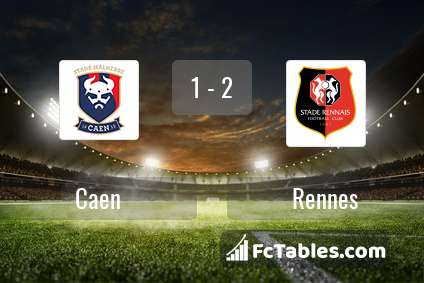