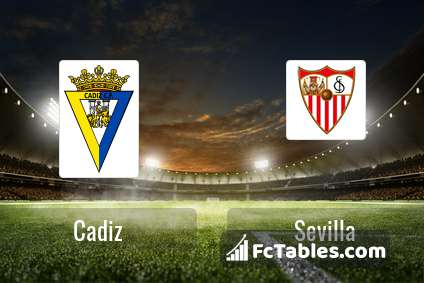 Team Cadiz is located in the middle of the table. (11 place). Form team looks like this: In the last 5 matches (league + cup) gain 3 points. The best players Cadiz in La Liga, who scored the most goals for the club: Alvaro Negredo 1 goals, Jorge Pombo 1 goals. Players with the most assists: , Filip Malbasic 1 assists.

Team Sevilla is in the releagtion zone of the table. 18 position. Form team looks like this: In the last 5 matches (league + cup) gain 0 points.

In 0 matches scored goals, an average of goals per game. games ended up winning, draws. defeits. In % matches the total goals in the match was over 2.5 goals (Over 2.5). In % matches the sum of the goals was greater than 1.5 Goals (Over 1.5). In matches Sevilla has not lost the goal. In games, both teams have scored goal. Average goals: per game 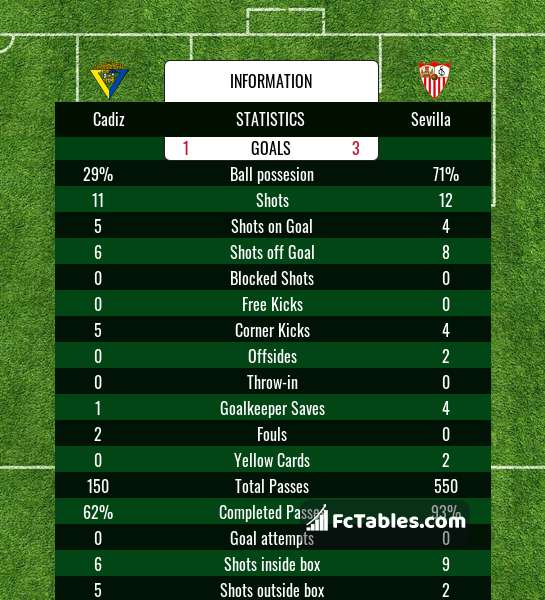 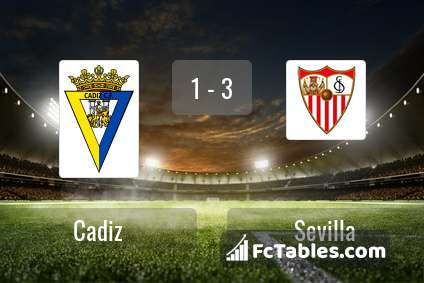