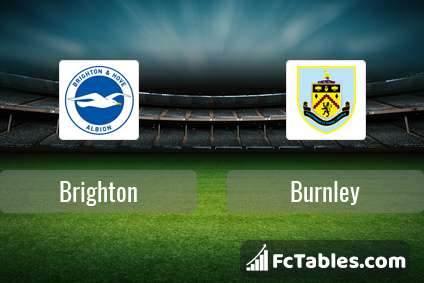 Kick off Brighton-Burnley in Premier League on today 17:30. Referee in the match will be Stuart Attwell.

Team Brighton is located in the middle of the table. (14 place). Brighton in 5 last matches (league + cup) have collected2 points. Brighton from 5 matches can not beat any rival. Players Brighton in Premier League with the highest number of goals: Glenn Murray 10 goals, Shane Duffy 4 goals, Pascal Gross 2 goals. Players , Shane Duffy 1 assists, Pascal Gross 2 assists will have to be very well guarded by defenders Burnley, because they have the most assists.

Team Burnley is in the releagtion zone of the table. 18 position. Burnley in 5 last matches (league + cup) have collected9 points. From 3 matches can't win a match. from 6 matches team have not been defeated. The best players Burnley in Premier League, who scored the most goals for the club: Ashley Barnes 6 goals, Chris Wood 4 goals, James Tarkowski 3 goals. Players with the most assists: Ashley Barnes 1 assists. 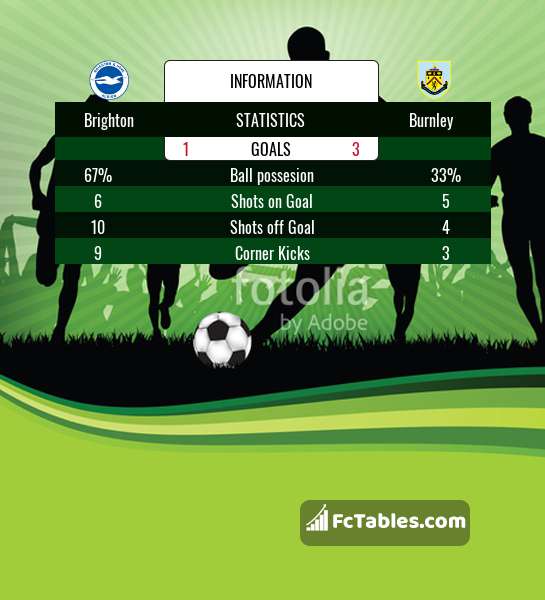 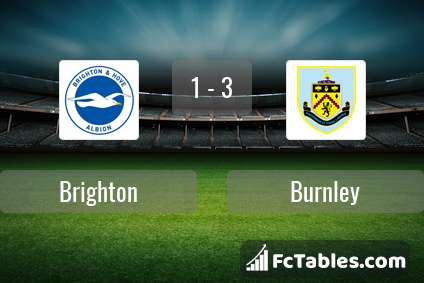