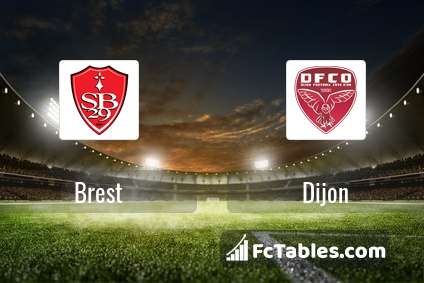 Team Brest is located in the middle of the table. (14 place). In 5 last games (league + cup) Brest get 5 points. Brest from 3 matches can not beat any rival. To defend Dijon the most demanding players will be Franck Honorat 7 goals, Steve Mounie 6 goals, Irvin Cardona 6 goals, because this season they scored the most goals for Brest of the entire composition. Most goals developed: Franck Honorat 3 assists, Steve Mounie 4 assists, Irvin Cardona 1 assists.

Team Dijon is in the releagtion zone of the table. 20 position. Form team looks like this: In the last 5 matches (league + cup) gain 0 points. Dijon from 10 matches can not beat any rival. Players Dijon in Ligue 1 with the highest number of goals: Mama Samba Balde 6 goals, Moussa Konate 4 goals, Bruno Ecuele Manga 2 goals.

Direct matches: usually ended with winning of Dijon. Balace of both teams games are: 5 won Brest, 10 wins Dijon, 10 draws. In 12 matches the sum of the goals both teams was greater than 2.5 (Over 2.5). On the other hand, 18 matches teams scored more than 1.5 goals (Over 1.5). In 12 matches the both teams have shot at least one goal. 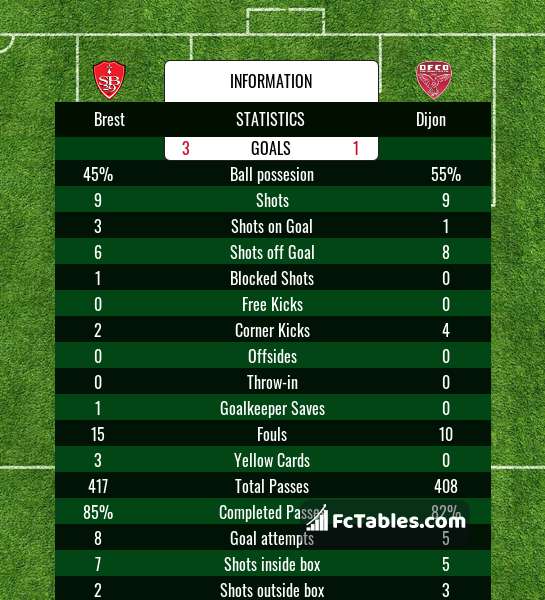 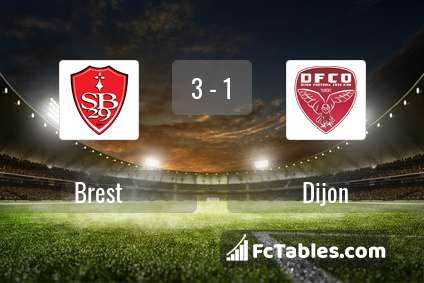 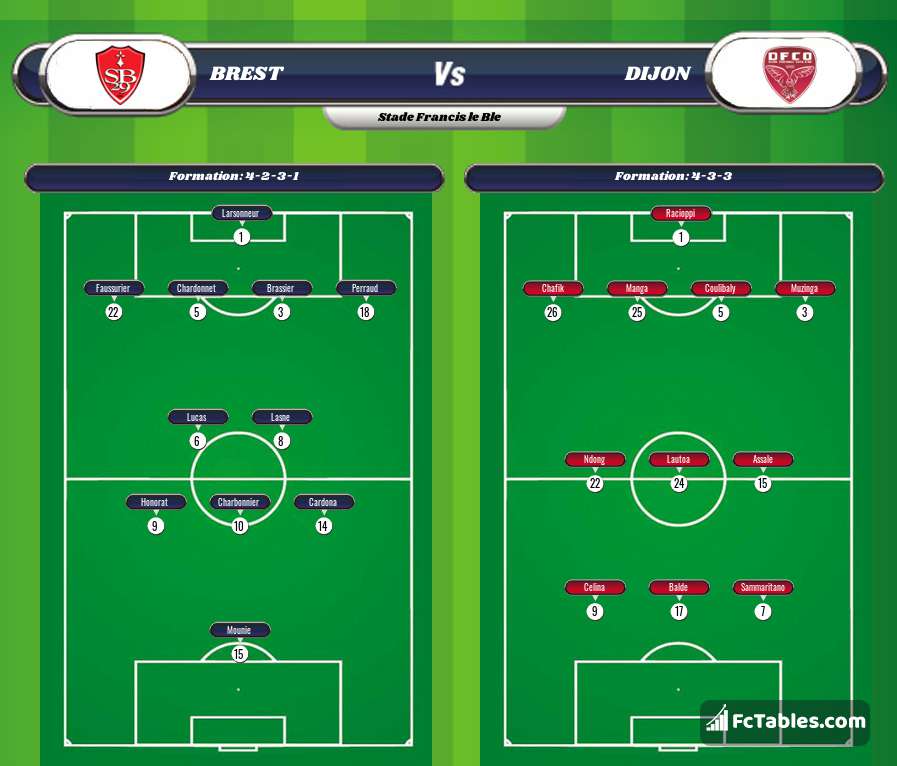