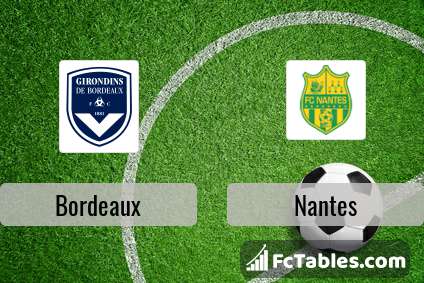 In Bordeaux not occur in the match due to injury: Josh Maja, Issouf Sissokho, Paul Baysse.

The match will not occur Stian Gregersen because they are suspended (cards, etc.).

Team Nantes is located in the middle of the table. (10 place). Nantes in 5 last matches (league + cup) have collected9 points. In this season games Ligue 1 the most goals scored players: Ludovic Blas 5 goals, Randal Kolo Muani 2 goals, Andrei Girotto 2 goals. They will have to be well guarded by defense Bordeaux. Players , Randal Kolo Muani 1 assists will have to be very well guarded by defenders Bordeaux, because they have the most assists. 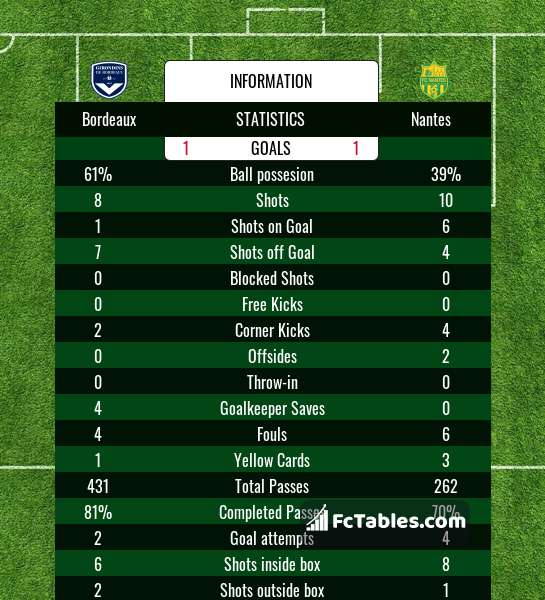