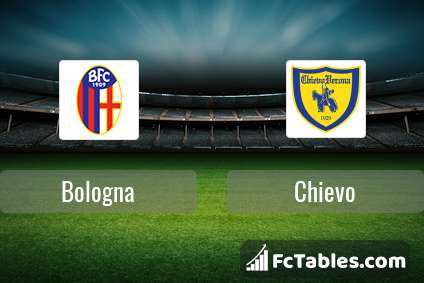 Kick off Bologna-Chievo in Serie A on today 18:30. Referee in the match will be Luca Pairetto.

Team Bologna is in the releagtion zone of the table. 18 position. Form team looks like this: In the last 5 matches (league + cup) gain 9 points. Not lost the match at home from 2 games. Players Bologna in Serie A with the highest number of goals: Federico Santander 6 goals, Riccardo Orsolini 4 goals, Rodrigo Palacio 3 goals. Most assists in the club have: Federico Santander 2 assists, Riccardo Orsolini 4 assists, Rodrigo Palacio 3 assists.

Team Chievo is in the releagtion zone of the table. 20 position. Chievo in 5 last matches (league + cup) have collected1 points. Chievo did not win the match from 11 games. Leading players Chievo in Serie A is: Mariusz Stepinski 6 goals, Sergio Pellissier 4 goals, Emanuele Giaccherini 3 goals. Players Mariusz Stepinski 1 assists, Sergio Pellissier 1 assists, Emanuele Giaccherini 1 assists will have to be very well guarded by defenders Bologna, because they have the most assists.

In Chievo not occur in the match due to injury: Matias Ezequiel Schelotto, Andrea Seculin. 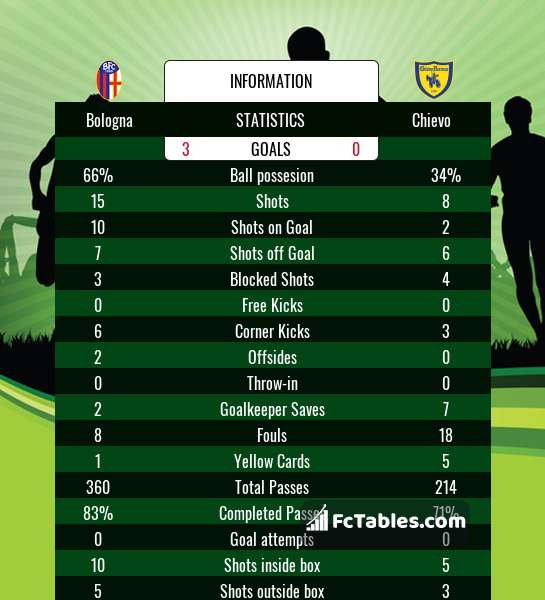 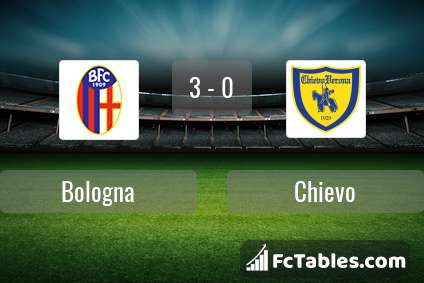