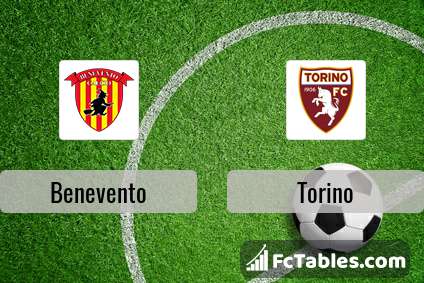 The match Benevento-Torino Serie A will start today 19:45. Referee in the match will be Piero Giacomelli.

Players Marco Sau will not be able to play in the match because of suspension (cards, etc.)

Team Torino is in the releagtion zone of the table. 18 position. Torino in 5 last matches (league + cup) have collected6 points. Torino did not win the match from 3 games. Leading players Torino in Serie A is: Andrea Belotti 9 goals, Sasa Lukic 3 goals, Armando Izzo 2 goals. Most assists in the club have: Andrea Belotti 4 assists. 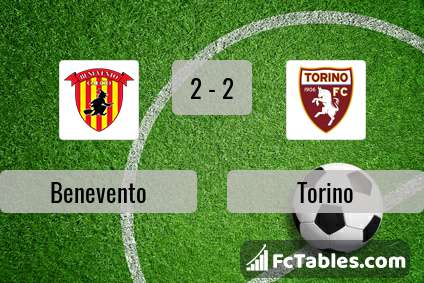 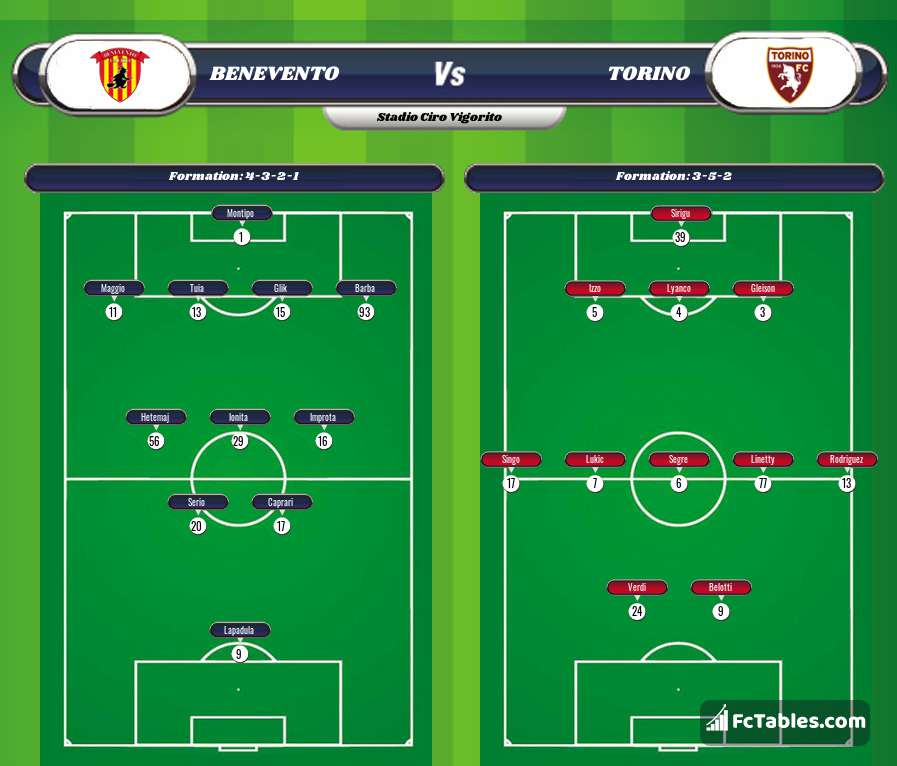