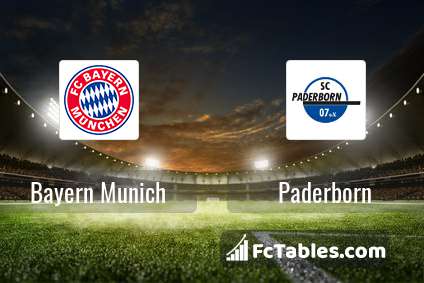 Kick off Bayern Munich-Paderborn in 1. Bundesliga on today 19:30. Referee in the match will be Markus Schmidt.

Players Benjamin Pavard, Jerome Boateng will not be able to play in the match because of suspension (cards, etc.)

Team Paderborn is in the releagtion zone of the table. 18 position. Last 5 games (league + cup) finished balance 4 points. Paderborn did not win the match from 3 games. away from 2 matches team have not been defeated. The most goals in 1. Bundesliga for Paderborn scored: Streli Mamba 5 goals, Ben Zolinski 3 goals, Abdelhamid Sabiri 3 goals. Players with the most assists: Streli Mamba 2 assists, Ben Zolinski 1 assists, Abdelhamid Sabiri 1 assists.

In Paderborn not occur in the match due to injury: Luca Kilian, Abdelhamid Sabiri, Jamilu Collins. 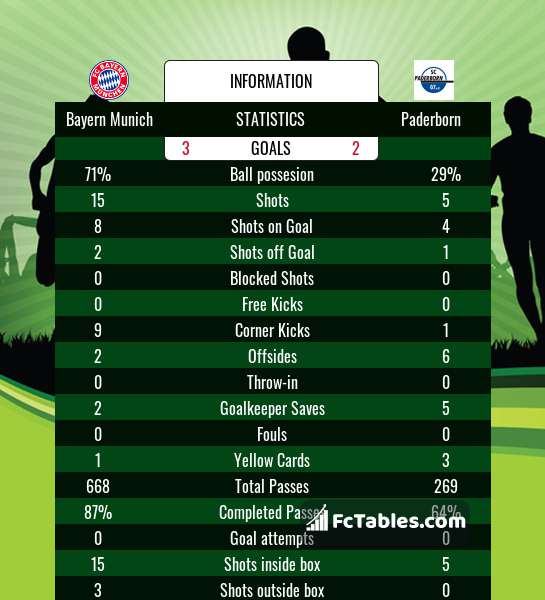 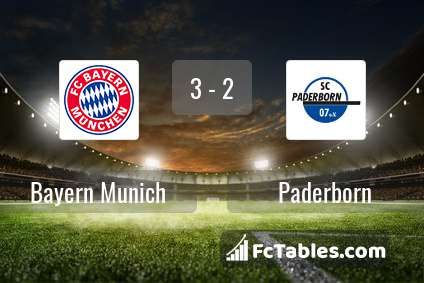