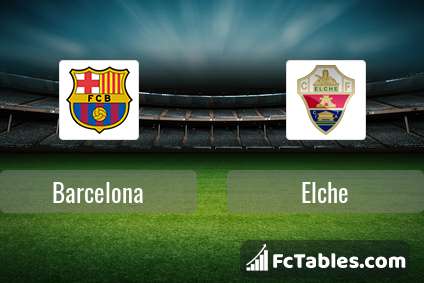 The match Barcelona-Elche La Liga will start today 18:00. Referee in the match will be Isidro Escuderos.

Team Barcelona is at the top place in the table (4 place). In 5 last matches (league + cup) team gain 13 points. Barcelona has not been defeated from 13 matches. To defend Elche the most demanding players will be Lionel Messi 16 goals, Antoine Griezmann 6 goals, Anssumane Fati 4 goals, because this season they scored the most goals for Barcelona of the entire composition. Most goals developed: Lionel Messi 3 assists, Antoine Griezmann 6 assists.

Team Elche is in the releagtion zone of the table. 18 position. In 5 last games (league + cup) Elche get 4 points. From 8 matches away can't win a match. The best players Elche in La Liga, who scored the most goals for the club: Fidel 4 goals, Josan Fernandez 4 goals, Lucas Boye 4 goals. Players with the most assists: Fidel 2 assists, Josan Fernandez 2 assists, Lucas Boye 1 assists.

Ivan Marcone. They will not be able to play in the game due to suspension.

Direct matches: usually ended with winning of Barcelona. Balace of both teams games are: 7 won Barcelona, 0 wins Elche, 1 draws. In 5 matches the sum of the goals both teams was greater than 2.5 (Over 2.5). On the other hand, 6 matches teams scored more than 1.5 goals (Over 1.5). In 0 matches the both teams have shot at least one goal. 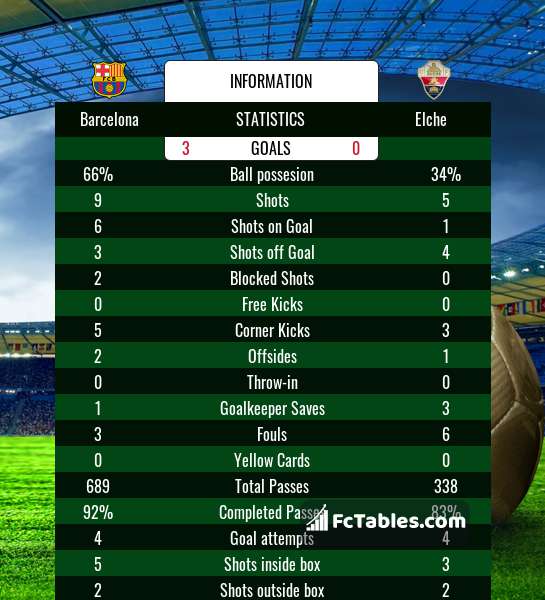 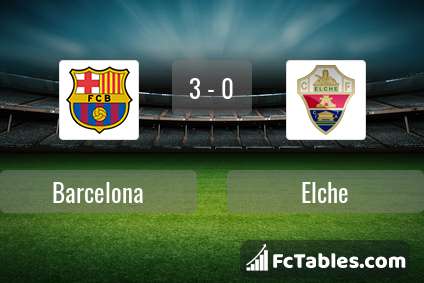 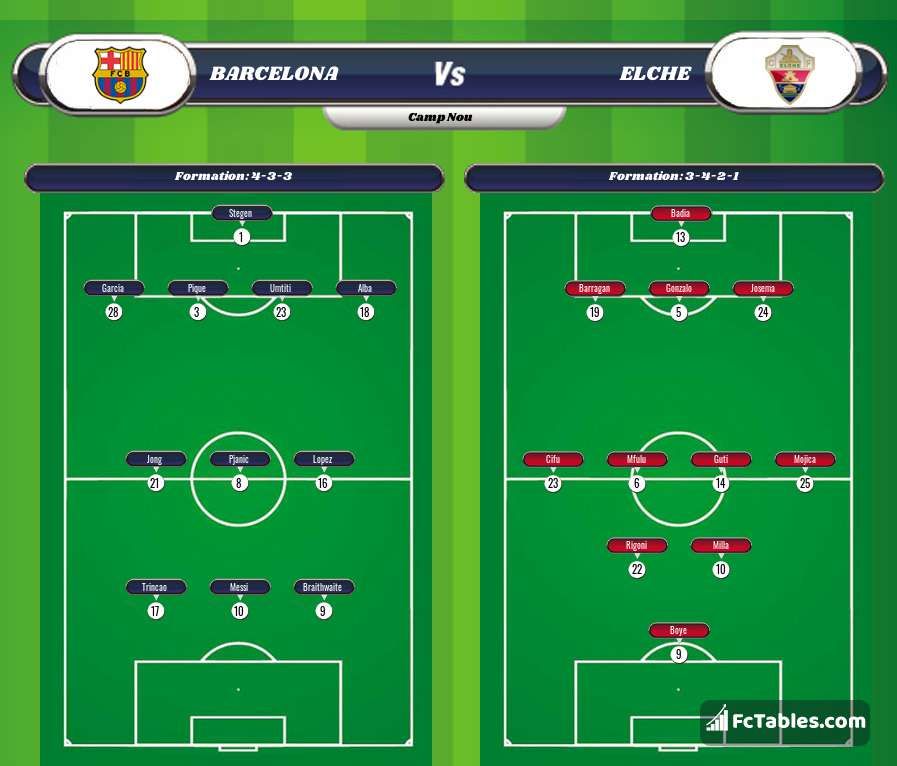