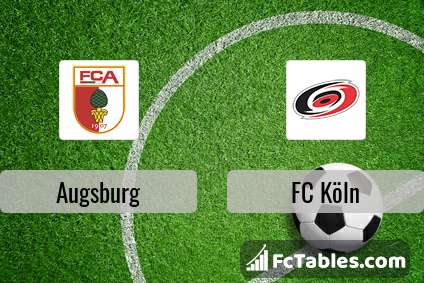 Team Augsburg is located in the middle of the table. (12 place). In 5 last matches (league + cup) team gain 4 points. From 3 matches can't win a match. Not lost the match at home from 4 games. In this season games 1. Bundesliga the most goals scored players: Andre Hahn 7 goals, Daniel Caligiuri 5 goals, Ruben Vargas 5 goals. They will have to be well guarded by defense FC Köln. Most assists in the club have: Andre Hahn 2 assists, Daniel Caligiuri 4 assists, Ruben Vargas 3 assists.

Players Felix Uduokhai will not be able to play in the match because of suspension (cards, etc.)

Team FC Köln is in the releagtion zone of the table. 17 position. Form team looks like this: In the last 5 matches (league + cup) gain 4 points. FC Köln from 5 matches away can not beat any rival. Players FC Köln in 1. Bundesliga with the highest number of goals: Ondrej Duda 5 goals, Elvis Rexhbecaj 5 goals, Ellyes Skhiri 5 goals. Players Ondrej Duda 5 assists, Elvis Rexhbecaj 2 assists, Ellyes Skhiri 1 assists will have to be very well guarded by defenders Augsburg, because they have the most assists. 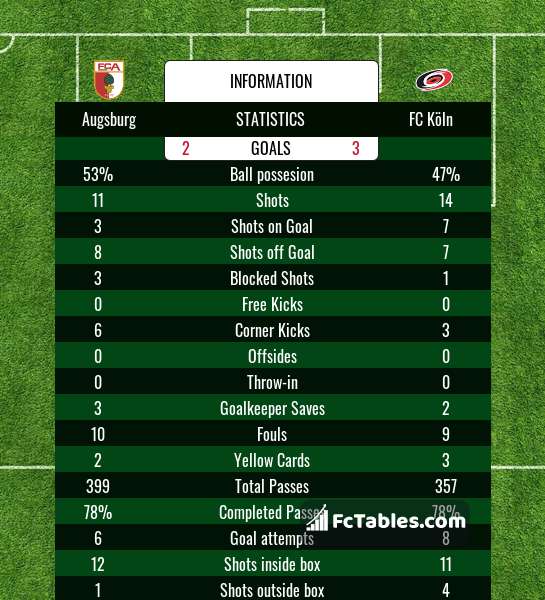 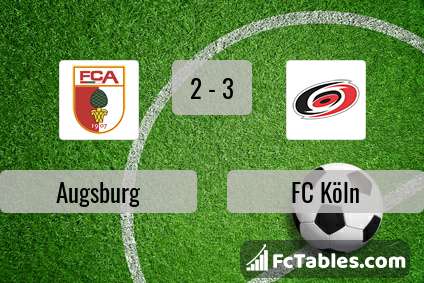 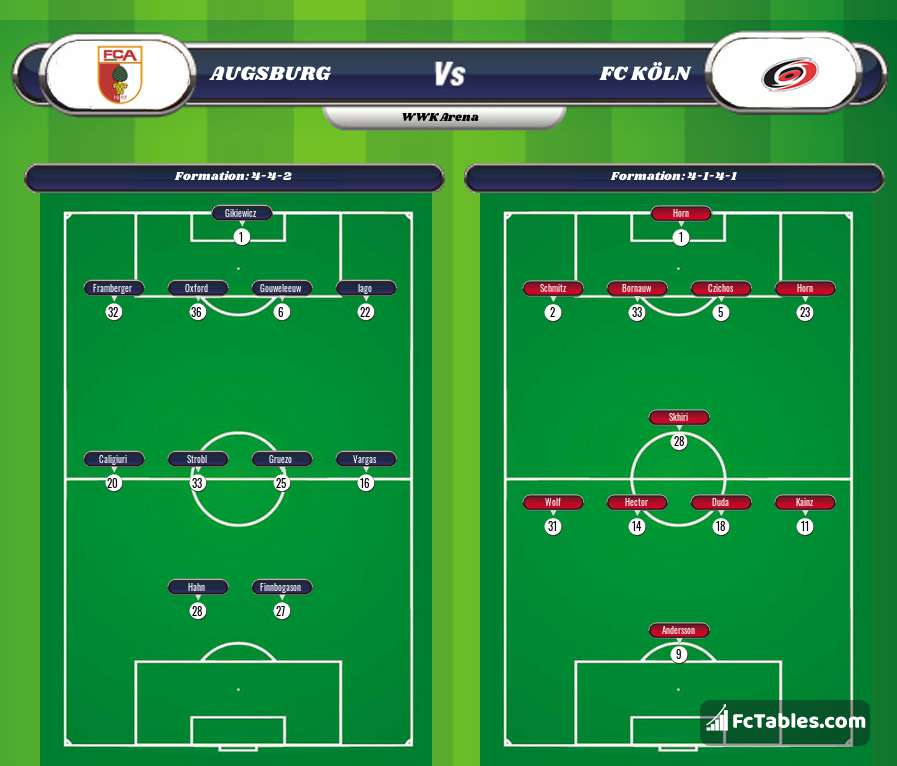