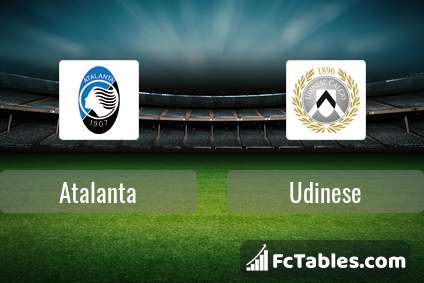 Team Atalanta is at the top place in the table (4 place). Atalanta in 5 last matches (league + cup) have collected12 points. From 4 matches at home no lost a match. Players Atalanta in Serie A with the highest number of goals: Luis Muriel 16 goals, Duvan Zapata 10 goals, Robin Gosens 9 goals. Players Luis Muriel 6 assists, Duvan Zapata 7 assists, Robin Gosens 5 assists will have to be very well guarded by defenders Udinese, because they have the most assists.

Team Udinese is located in the middle of the table. (12 place). Form team looks like this: In the last 5 matches (league + cup) gain 8 points. Udinese did not win the match away from 4 games. Udinese has not been defeated away from 3 matches. The most goals in Serie A for Udinese scored: Rodrigo De Paul 6 goals, Roberto Pereyra 3 goals, Ignacio Pussetto 3 goals. Most goals developed: Rodrigo De Paul 6 assists, Roberto Pereyra 4 assists, Ignacio Pussetto 1 assists.

In Udinese not occur in the match due to injury: Mate Jajalo, Gerard Deulofeu, Ignacio Pussetto. 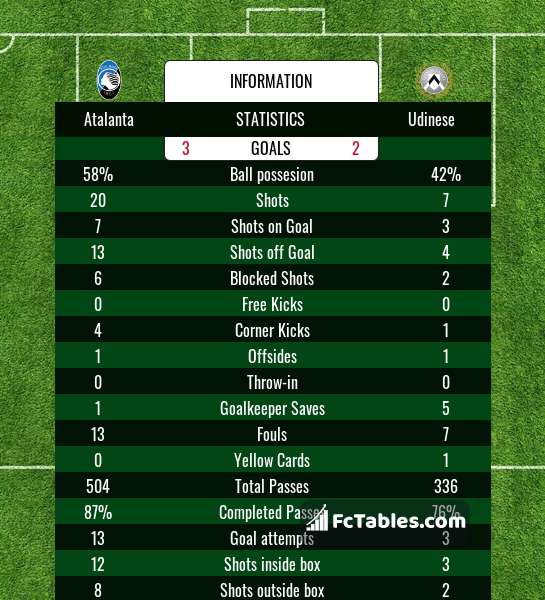 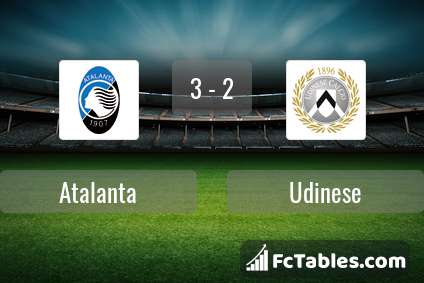 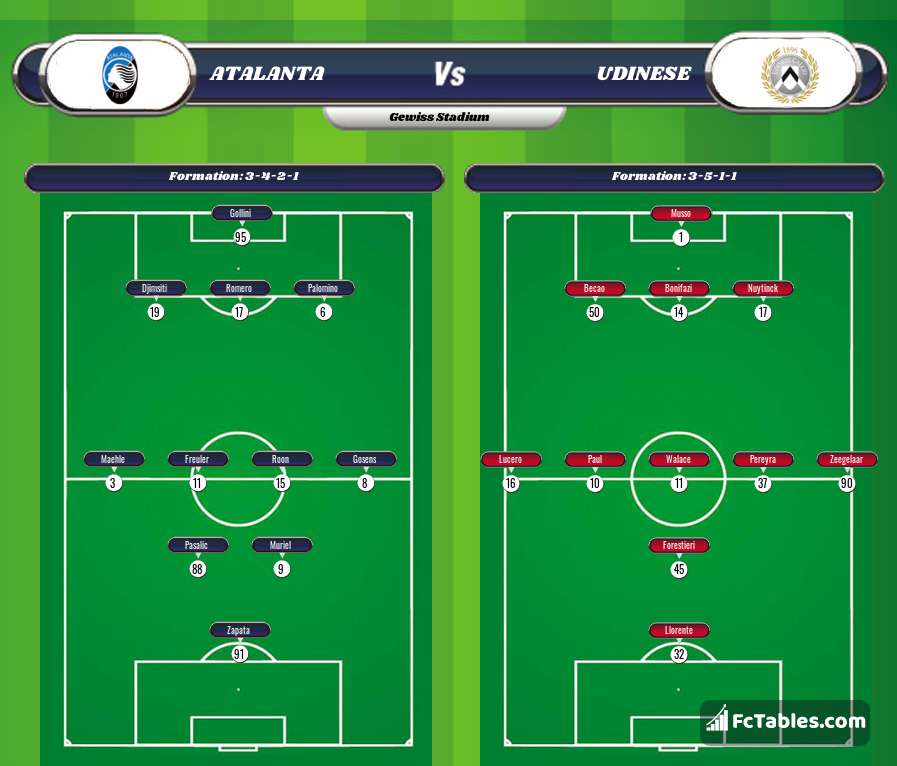