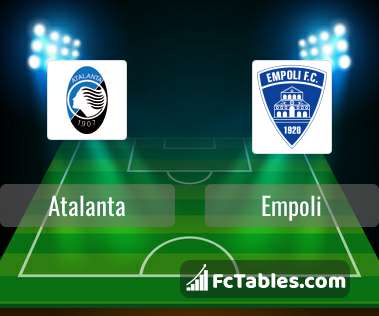 The match Atalanta-Empoli Serie A will start today 18:45. Referee in the match will be Rosario Abisso.

Team Atalanta is located in the middle of the table. (8 place). Atalanta in 5 last matches (league + cup) have collected8 points. Atalanta from 5 matches at home can not beat any rival. From 2 matches at home no lost a match. Players Atalanta in Serie A with the highest number of goals: Mario Pasalic 13 goals, Duvan Zapata 10 goals, Luis Muriel 9 goals. Players Mario Pasalic 6 assists, Duvan Zapata 4 assists, Luis Muriel 8 assists will have to be very well guarded by defenders Empoli, because they have the most assists.

Team Empoli is located in the middle of the table. (14 place). Form team looks like this: In the last 5 matches (league + cup) gain 4 points. Empoli did not win the match away from 10 games. Leading players Empoli in Serie A is: Andrea Pinamonti 13 goals, Nedim Bajrami 6 goals, Szymon Zurkowski 5 goals. Players Andrea Pinamonti 2 assists, Nedim Bajrami 4 assists, Szymon Zurkowski 2 assists will have to be very well guarded by defenders Atalanta, because they have the most assists.

In Empoli not occur in the match due to injury: Riccardo Marchizza, Lorenzo Tonelli, Nicolas Haas. 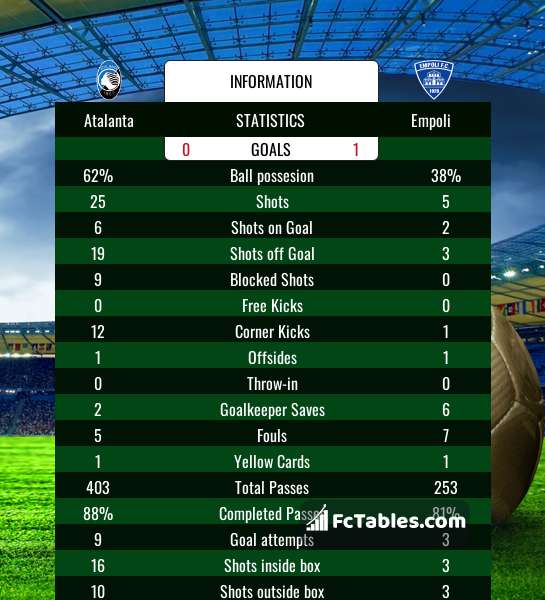 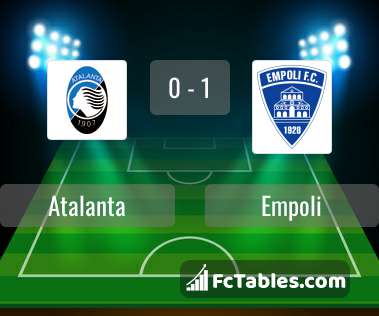