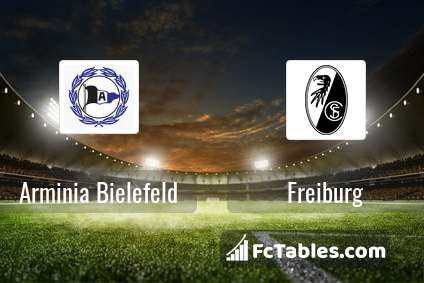 The match Arminia Bielefeld-Freiburg 1. Bundesliga will start today 18:30. Referee in the match will be Martin Petersen.

Team Freiburg is located in the middle of the table. (10 place). Last 5 games (league + cup) finished balance 6 points. Freiburg from 2 matches away can not beat any rival. Players Freiburg in 1. Bundesliga with the highest number of goals: Vincenzo Grifo 7 goals, Roland Sallai 7 goals, Nils Petersen 7 goals. Players Vincenzo Grifo 6 assists, Roland Sallai 1 assists will have to be very well guarded by defenders Arminia Bielefeld, because they have the most assists.

Because of the suspension of Lucas Hoeler, Ermedin Demirovic this players will not play in the match 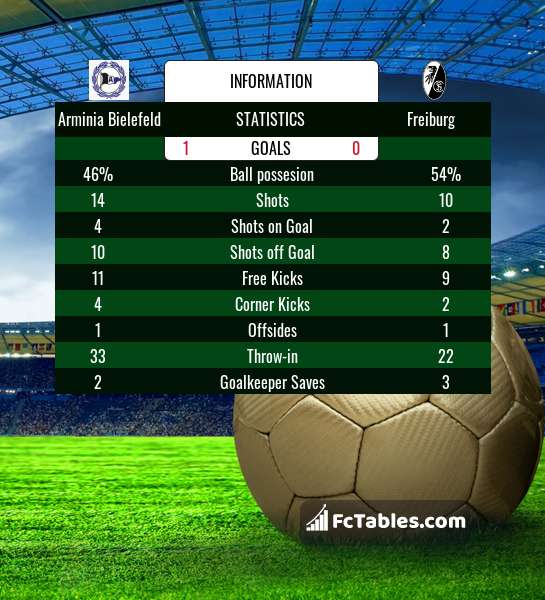 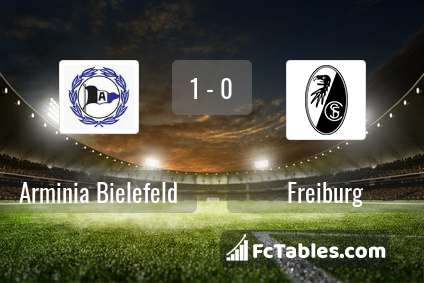 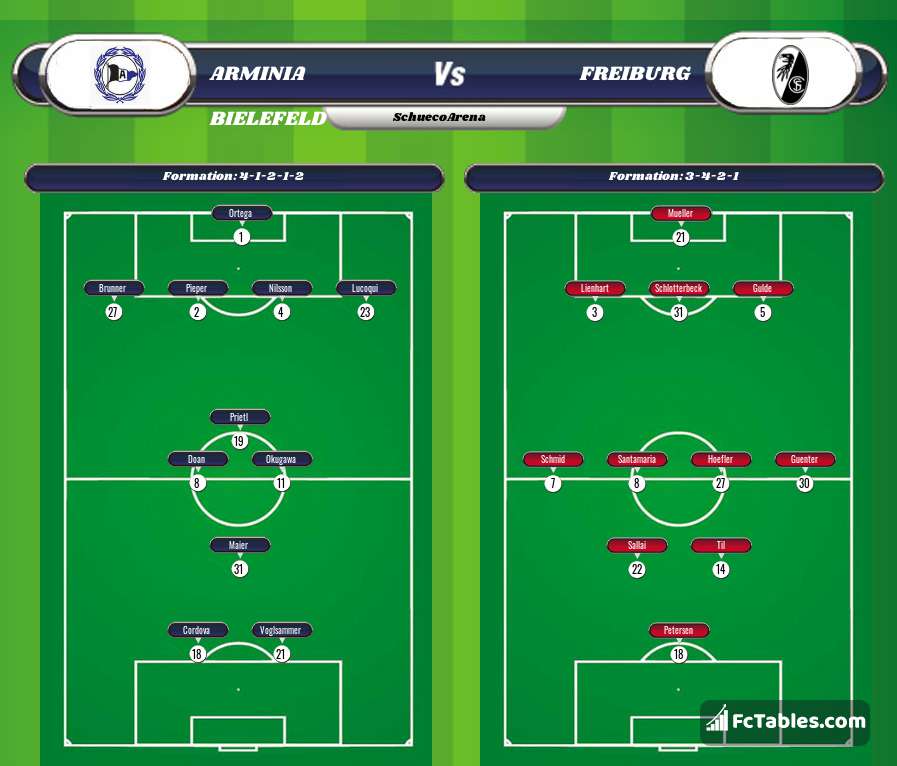