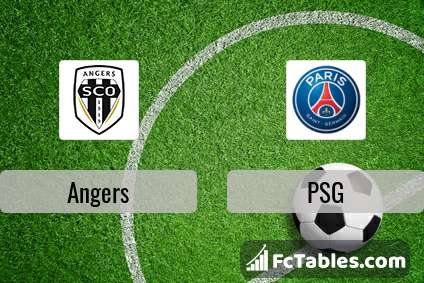 Team Angers is located in the middle of the table. (7 place). In 5 last matches (league + cup) team gain 7 points. Leading players Angers in Ligue 1 is: Stephane Bahoken 5 goals, Angelo Fulgini 3 goals, Ismael Traore 3 goals. Players Stephane Bahoken 1 assists, Angelo Fulgini 3 assists, Ismael Traore 3 assists will have to be very well guarded by defenders PSG, because they have the most assists.

Team PSG is at the top place in the table (2 place). PSG in 5 last matches (league + cup) have collected11 points. PSG from 2 matches away can not beat any rival. PSG has not been defeated from 5 matches. To defend Angers the most demanding players will be Kylian Mbappe Lottin 12 goals, Moise Kean 9 goals, Pablo Sarabia 3 goals, because this season they scored the most goals for PSG of the entire composition. Most goals developed: Kylian Mbappe Lottin 5 assists, Pablo Sarabia 4 assists. 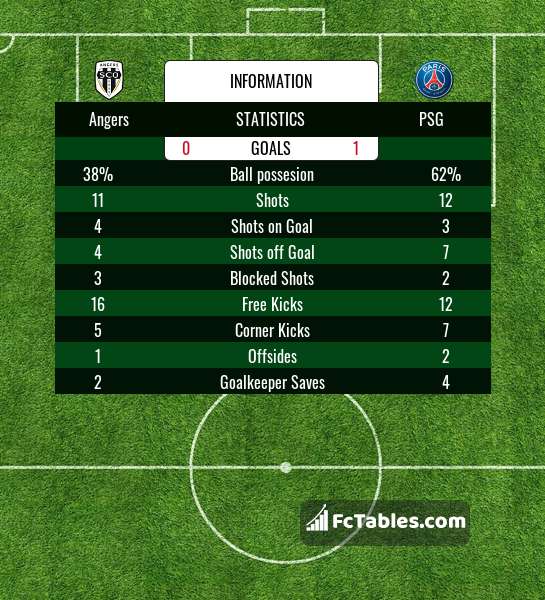 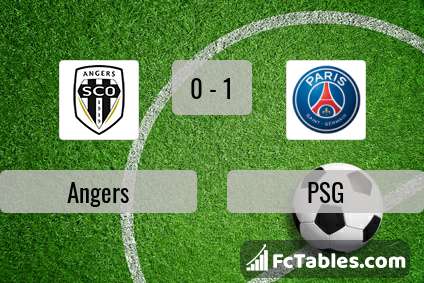 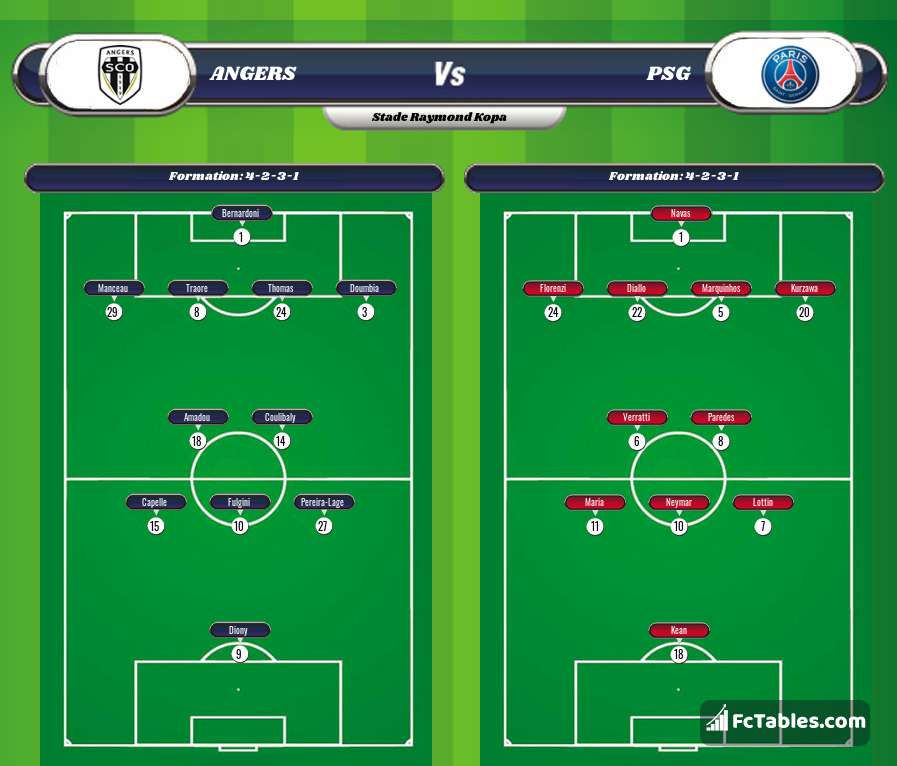