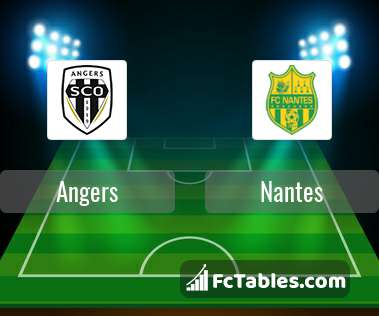 Team Angers is located in the middle of the table. (15 place). In 5 last matches (league + cup) team gain 4 points. Angers did not win the match from 6 games. Leading players Angers in Ligue 1 is: Stephane Bahoken 5 goals, Pierrick Capelle 3 goals, Ismael Traore 3 goals. Players Stephane Bahoken 2 assists, Pierrick Capelle 1 assists will have to be very well guarded by defenders Nantes, because they have the most assists.

Team Nantes is located in the middle of the table. (14 place). Nantes in 5 last matches (league + cup) have collected6 points. From 4 matches away can't win a match. In this season games Ligue 1 the most goals scored players: Emiliano Sala 12 goals, Gabriel Boschilia 4 goals, Abdoulaye Toure 2 goals. They will have to be well guarded by defense Angers. Players Emiliano Sala 2 assists, Gabriel Boschilia 4 assists, Abdoulaye Toure 1 assists will have to be very well guarded by defenders Angers, because they have the most assists. 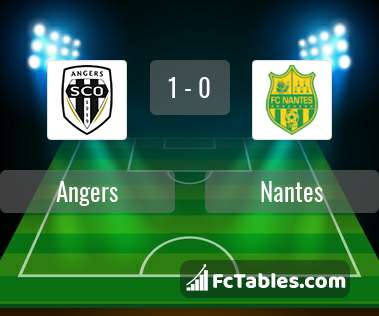