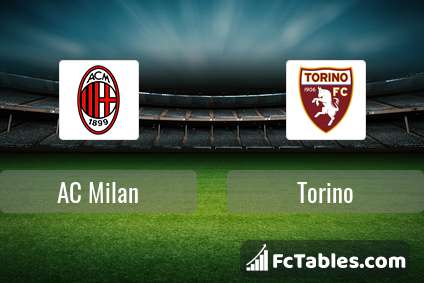 Kick off AC Milan-Torino in Serie A on today 19:45. Referee in the match will be Fabio Maresca.

Team Torino is in the releagtion zone of the table. 18 position. Torino in 5 last matches (league + cup) have collected6 points. Not lost the match from 4 games. Leading players Torino in Serie A is: Andrea Belotti 9 goals, Sasa Lukic 3 goals, Armando Izzo 2 goals. Most assists in the club have: Andrea Belotti 4 assists.

Direct matches: usually ended with winning of AC Milan. Balace of both teams games are: 16 won AC Milan, 4 wins Torino, 12 draws. In 15 matches the sum of the goals both teams was greater than 2.5 (Over 2.5). On the other hand, 21 matches teams scored more than 1.5 goals (Over 1.5). In 16 matches the both teams have shot at least one goal. 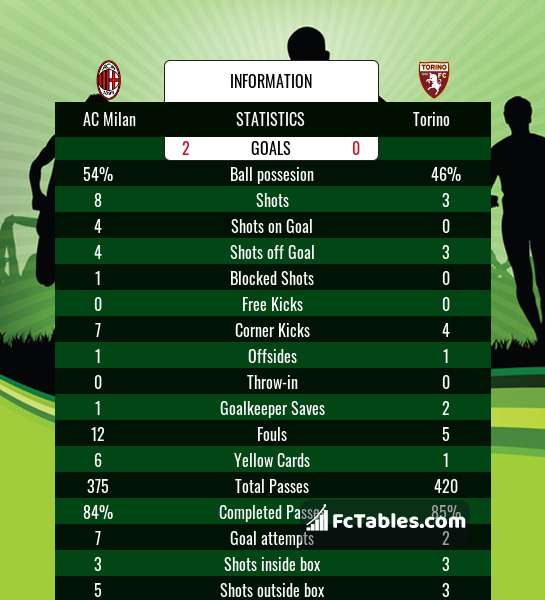 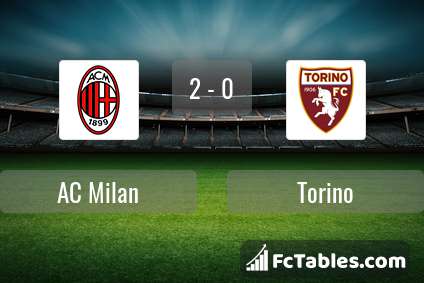 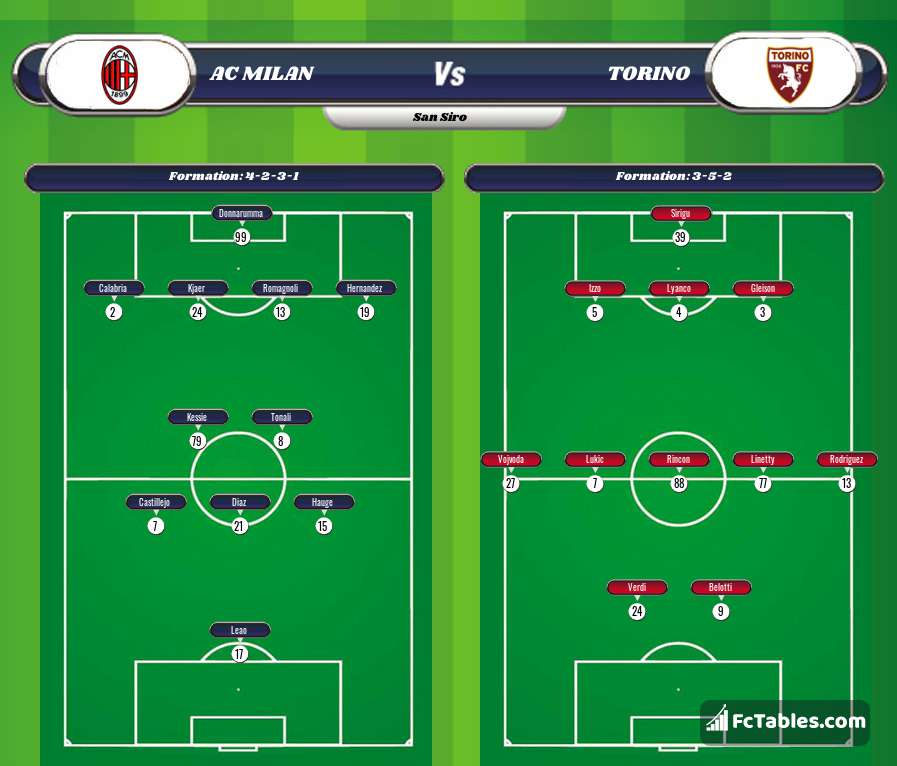